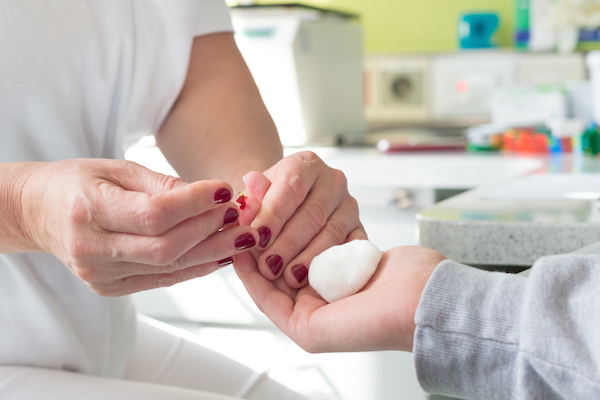 Single parents — moms in particular — operate on fewer hours of sleep and have poorer sleep quality than adults in other types of families.

That’s the central finding of a U.S. government report, released Wednesday, on the sleep habits of Americans by gender and family type.

It’s the first time that the U.S. National Center for Health Statistics (NCHS) has assessed adults’ sleep habits by their family situation, meaning whether they live in a single- or two-parent home, or in a household without children.

“Sleep is another domain in which single-parent families are disadvantaged,” the report concluded.

While many studies look at health-related outcomes of children in single-parent families, “generally less attention has been paid to the health of single parents themselves,” said Colleen Nugent, an NCHS health scientist and lead author of the report.

The American Academy of Sleep Medicine recommends that adults get seven hours of sleep on a regular basis for optimal health.

But the new analysis finds that parents with children under age 18, especially women, were more likely to sleep fewer hours a night and have trouble falling asleep, staying asleep and waking up feeling not well-rested.

Among adults in single-parent households, women were more likely than men (43.5 percent versus 37.5 percent) to log fewer than seven hours of sleep a day.

Across every family type, women were more likely than men to have trouble staying asleep and waking up not feeling well rested, the NCHS researchers noted. Among single parents, three in 10 women had problems staying asleep, compared with two in 10 men.

“Women tend to make family, and especially their children, a priority in life — day and night, 24/7,” she noted.

The study, based on data from 2013 and 2014, also found that fewer adults in two-parent families (almost 4 percent) frequently took medications to stay or fall asleep than adults living without children (almost 8 percent) and adults in single-parent families (just over 7 percent).

“Even when life seems super-duper busy, you’ve got to make sleep a priority,” said Dr. Shalini Paruthi, an associate professor of internal medicine and pediatrics at Saint Louis University in Missouri.

“This is a big deal, and we already know that sleep deprivation is really common in the United States,” she added.

Poor sleep is associated with chronic illnesses, such as diabetes and heart disease; mental health issues, like depression; and risks for accidents on the road and in the workplace, the NCHS authors added.

Yet, nearly a third of American adults fail to log at least seven hours of sleep each day, according to a national study published last year.

The additional stressor of being a single parent while juggling work and family “can lead to worsened sleep” for women, Harris said.

“And once they’re able to get to bed, they often can’t turn their brains off since they are thinking — or even worrying — about everything that needs to get done the next day,” she added.