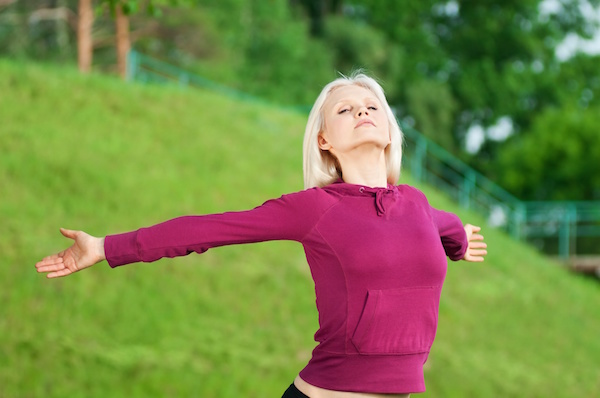 A protein in the brain may hold a key to slowing progression of Alzheimer’s disease, a new study suggests.

And boosting this protein might be as simple as increasing exercise and social activity, experts say.

The protein is encoded by a gene called brain-derived neurotrophic factor, or BDNF. Researchers found that seniors with the highest levels of BDNF gene function had a 50 percent slower loss of memory and thinking than those with the lowest levels.

“What is cool about this study is that we have shown that BDNF, which is involved in brain cell survival, may protect against dementia,” said lead researcher Dr. Aron Buchman. He is a professor in the department of neurological sciences at Rush University Medical Center in Chicago.

To study the effect of BDNF on dementia, Buchman’s team followed 535 people, average age 81, until death.

Over an average of six years, the researchers tested participants’ thinking and memory skills annually. After death, they examined BDNF levels in the brain. They then compared the two sets of results to see how BDNF levels might be associated with a decline in memory and thinking skills.

Even people with the most plaques and tangles but the highest levels of BDNF had slower mental decline compared with those with the lowest amount of BDNF, the researchers found.

The report was published Jan. 27 online in the journal Neurology.

Michal Schnaider Beeri, an associate professor of psychiatry at the Icahn School of Medicine at Mount Sinai in New York City, viewed the results more cautiously.

The new study shows an association between BDNF and slower mental decline, not that this protein was the cause of that slowing, said Beeri, who wrote an accompanying journal editorial.

Still, this study may be a step in “thinking about how we can change the course of Alzheimer’s disease to something milder,” Beeri said.

Existing drugs to treat Alzheimer’s aren’t very effective, Beeri added. “There might be new medications in the future that increase levels of BDNF and may possibly decrease the rate of decline in Alzheimer’s disease,” she said.

If borne out in additional research, Buchman thinks these findings may usher in a “whole different approach to aging.” Traditionally, researchers have been looking for ways to treat plaques and tangles in the brain and other ravages of Alzheimer’s disease. “That hasn’t gone so well,” he said.

Buchman’s idea focuses on increasing the amount of the brain’s BDNF. “That may be a way of treating and slowing the rate of mental decline even if we can’t get rid of the Alzheimer’s disease pathology in the brain,” he said.

It is not known why one person naturally has high levels of BDNF and another doesn’t, Buchman said.

However, studies have found that purpose in life, social interaction, education and exercise may boost levels of BDNF and “could provide some protection against Alzheimer’s pathology,” he said.

The next step is to find a way to raise BDNF levels, Buchman said. It might be a drug or a change in behavior. But, at what age that lifestyle change must start or what the effects of a drug might be are unknowns, he said.

Beeri pointed out that exercise has been shown to increase levels of BDNF in the blood, but said a relationship between BDNF protein levels in the blood and in the brain hasn’t been established.

Exercise and mentally stimulating activities can’t hurt, she said. “It’s worth giving it a try,” she said.