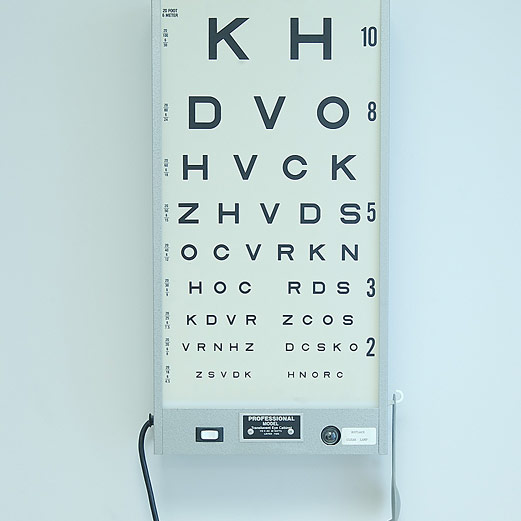 In the early stage clinical trial, a team from Harvard Medical School assessed the effects of statin treatment in people with the dry form of age-related macular degeneration (AMD).

AMD affects more than 150 million people worldwide. The dry form is much more common and accounts for about 85 percent of cases, according to the researchers.

Effective treatments are available for the wet form of AMD, but not the dry form, so dry-form AMD remains the leading cause of blindness in the developed world.

In AMD, fat deposits form under the retina, so that patients develop blurring or blindness in the center of their vision.

In the study, 23 patients with dry-form AMD were given a high dose (80 milligrams) of atorvastatin (Lipitor).

In 10 of the patients, the fat deposits under the retina disappeared and they had a slight improvement in vision clarity, according to the study published online Feb. 4 in the journal EBioMedicine.

It typically took a year to 18 months of treatment for these positive results to arise, the researchers reported.

They noted that prior attempts to find ways to eliminate the fat deposits under the retina have failed.

However, “we found that intensive doses of statins carry the potential for clearing up the lipid [fat] debris that can lead to vision impairment in a subset of patients with macular degeneration,” said study co-author Dr. Joan Miller. She is chair of ophthalmology at Harvard Medical School and chief of ophthalmology at Massachusetts Eye and Ear Infirmary and Massachusetts General Hospital, both in Boston.

“We hope that this promising preliminary clinical trial will be the foundation for an effective treatment for millions of patients afflicted with AMD,” she said in an infirmary news release.

Study co-author Dr. Demetrios Vavvas is a clinician scientist at Massachusetts Eye and Ear Infirmary and co-director of the Ocular Regenerative Medicine Institute at Harvard Medical School. He said in the news release: “Not all cases of dry AMD are the exactly the same, and our findings suggest that if statins are going to help, they will be most effective when prescribed at high dosages in patients with an accumulation of soft, lipid material.”

However, he believes that, based on the new findings, “it may be possible to eventually have a treatment that not only arrests the disease but also reverses its damage and improves the visual acuity in some patients.”

The next step is to conduct a larger study of statin treatment in patients with dry AMD.

“This is a very accessible, FDA-approved drug that we have tremendous experience with,” Vavvas said. “Millions of patients take it for high cholesterol and heart disease, and based on our early results, we believe it offers the potential to halt progression of this disease, but possibly even to restore function in some patients with dry AMD.”

Two eye experts were cautiously optimistic about the new findings.

“Although the study is relatively small, the positive outcomes certainly warrant a larger clinical trial,” said Dr. Mark Fromer, an ophthalmologist at Lenox Hill Hospital in New York City. “This may benefit millions of patients with macular degeneration and slow their progression to more serious disease.”

Dr. Nazanin Barzideh is chief of vitreoretinal surgery at Winthrop-University Hospital in Mineola, N.Y. She called the research “exciting,” and noted that heart disease treatments have long shown some secondary effects in easing AMD.

Now, Barzideh said, “we also can finally tell our patients controlling their lipid [cholesterol] levels can also be helpful in maintaining their vision. I, for one, am very excited about this study and to share the results with my macular degeneration patients.”