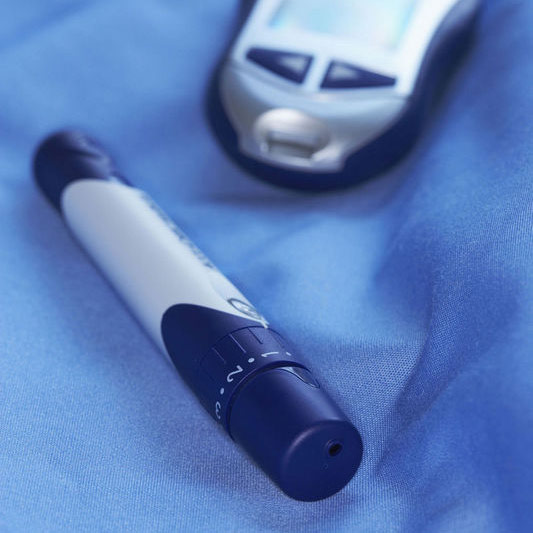 As the Denver Broncos and Carolina Panthers gear up for Sunday’s Super Bowl 50 showdown, many may be focused on the potential dangers of concussion, but that’s not the only health risk football players face.

Concern about the size of players — especially linemen — has been growing along with the players’ waistlines. And some researchers are now suggesting that these athletes should be monitored for health problems.

Physicians who work with overweight National Football League and college-level football players “should be aware of the potential for elevated blood pressure, diabetes and abnormal cholesterol levels,” said Jeffrey Potteiger, co-author of a commentary reviewing the possible risks facing these young men. And the risk is especially high in athletes who pack plenty of fat around the abdomen, he added.

Potteiger, a physical education specialist and dean of the graduate school at Grand Valley State University in Allendale, Mich., said these players may face even greater risks once their playing days are finished.

For years, researchers have tracked the ever-widening bodies of football players. The average weight of offensive and defensive linemen in American college football ballooned from around 190 pounds in the 1950s to 290 pounds in 2010, previous research has shown.

“In general, bigger athletes have more success in sports where size is a determining factor for success. This is especially true in American football,” Potteiger said.

While heightened fitness may protect the athletes from health problems when they’re young and active, they could fall victim to disease after their athletic careers are over, Potteiger suggested.

Dr. James Borchers agreed. He’s a team physician and director of sports medicine at Ohio State University in Columbus. “The biggest issue for the football athlete comes after they’re finished,” he said.

Some professional football players may finish their careers by the age of 26, “when you’ve got a lot of life to lead,” Borchers said.

When they’re on the field, he said, fitness may indeed protect heavy football players, even if their movements on the field during plays only last seconds.

“In many places today, especially professional athletics and collegiate athletics, there’s so much emphasis placed on fitness and nutrition. Players are better off even if they’re carrying extra weight than they were 20 to 25 years ago,” Borchers said.

Still, Borchers said he doesn’t see any end to continuing weight gain in football linemen. “It’s amazing,” he said, pointing to news about a Baylor University player who’s 6 feet, 8 inches tall, and reportedly weighs 403 pounds. And 7-foot high school player from California has topped him at 440 pounds, according to news reports.

As for the idea of instituting rules about how heavy players can be, Borchers said it would be difficult to set limits based on something such as body mass index, a common measurement that doesn’t separate fat from muscle.

Borchers believes physicians must pay more attention to the issue of body weight in football players. And he acknowledged that “it’s not one of the classic things we think about in sports medicine, like concussion, and muscle and skeletal injuries.”

The study was published recently in the Strength and Conditioning Journal.

For the NFL’s perspective about player health, check its health and safety page.