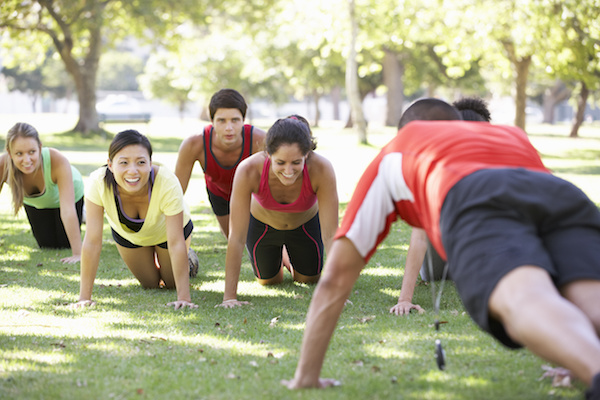 However, the treatments didn’t do much to improve vitality or physical function in men 65 or older, as many have believed, said co-researcher Dr. Thomas Gill.

“Men who are experiencing low desire or low sexual activity and are interested in improving in those areas, testosterone treatment would be reasonable to consider,” Gill said.

But, “a physician probably wouldn’t be encouraged to prescribe testosterone solely for problems with physical function or solely for low energy, based on these results,” he added. Gill is a professor of geriatrics and epidemiology at Yale University and director of the Yale Program on Aging in New Haven, Conn.

The use of testosterone replacement therapy has nearly doubled in recent years, from 1.3 million patients in 2009 to 2.3 million in 2013, according to the U.S. Food and Drug Administration.

The results of the latest trials “really help to put the effects of testosterone in some quantifiable context,” said Dr. Eric Orwoll, associate dean for clinical sciences at Oregon Health & Science University in Portland.

“I would hope this would bring a more rational approach to the decision,” said Orwoll, who wrote an editorial accompanying the trial results. “You certainly can’t paint testosterone supplementation as a panacea. The effects were either not present or modest. This is not going to give a lot of impetus for people to take testosterone.”

The new findings, published in the Feb. 18 issue of the New England Journal of Medicine, come out of the Testosterone Trials — a federally funded set of seven clinical trials being conducted at 12 sites in the United States.

The three main clinical trials assessed the potential positive benefits of testosterone therapy on sexual function, physical function and vitality. Four other trials studied the effects of testosterone on heart health, bone density, mental abilities and anemia; those results will be published later.

Men who used testosterone gel for one year experienced modest but measurable improvements in sexual activity, sexual desire and erectile function, compared to those who were given a placebo gel, Gill said.

Testosterone appears to be most useful as a therapy for reduced sexual activity or desire, since there currently are no alternative treatments for those problems, Gill added.

However, testosterone did not outperform medications already on the market for treating erectile dysfunction, such as Viagra or Cialis, and would not be an appropriate therapy for erectile problems alone, he said.

Results were mixed when it came to the benefits for vitality and physical function, the study authors said.

Testosterone did not significantly improve men’s vitality, although some men reported a slightly better mood and less severe depression, the trials found.

Also, the hormone therapy did not significantly improve the walking distance of men specifically assigned to the physical function portion of the trials. But when researchers lumped together all of the men in all three main trials, they found some benefit — 20.5 percent of testosterone users improved their walking distance compared with 12.6 percent of men who received a placebo.

Based on these results, doctors might consider testosterone therapy for men having problems with sexual function, with the understanding that the hormone could potentially increase their vitality and physical function as well, Gill suggested.

On the other hand, men would do better sticking with existing medical treatments for physical function and vitality rather than resorting to testosterone, Gill said.

Although these trials showed no significant health risks over a year, health experts are concerned that extended use of testosterone could increase a man’s risk of prostate cancer or heart problems.

In 2015, the FDA issued a warning that testosterone treatments could raise a man’s risk of heart attack or stroke.

“The trial was reassuring that there weren’t major risks over a year, but some of these outcomes need to be assessed over a longer period,” Orwoll explained.

There’s also some concern that some men receiving testosterone therapy don’t really need it. Currently, approximately 70 percent of men who receive testosterone prescriptions through retail pharmacies are between 40 and 64 years old, according to the FDA.

“Our results, which were modest, really only pertain to men who are 65 years or older,” Gill said. “Younger men are less likely than older men to have low levels of testosterone solely due to their age.”

For more about testosterone therapy, visit the U.S. Food and Drug Administration.