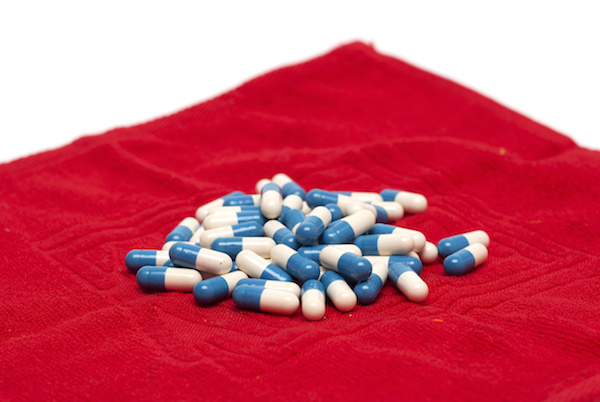 Healthy newborns of women who traveled in an area affected by the Zika virus within two weeks of delivery, or whose mothers show signs of Zika infection, should be checked for infection, federal health officials said Friday.

The latest guidance comes from experts at the U.S. Centers for Disease Control and Prevention, and it’s based on research indicating that Zika can be passed from mother to child during delivery.

The experts stressed, however, that Zika infection in newborns who contracted the virus during delivery is typically mild or without symptoms.

Only two cases of “perinatal” (during delivery) infection of a newborn with the Zika virus have been reported so far, the CDC noted.

“One of these infants was asymptomatic, and the other had thrombocytopenia [a deficiency of blood platelets] and a diffuse rash,” noted a team led by Katherine Fleming-Dutra, of the agency’s National Center for Emerging and Zoonotic Infections.

Overall, Zika infection in infants and children is transient and mild, the experts said.

The new, updated advisory pertains to babies who are born with a normal head circumference that does not indicate microcephaly, the devastating birth defect that’s been strongly linked with maternal Zika infection.

Microcephaly results in infants having small heads and often involves brain damage. It’s believed there have been more than 4,100 suspected or confirmed cases of microcephaly in Brazil, the epicenter of the outbreak.

The new advisory was published Feb. 19 in the CDC’s Morbidity and Mortality Weekly Report.

The CDC’s latest guidance comes after data released earlier this week suggested that the Zika virus can move from a pregnant woman to her unborn child. Brazilian researchers reported in the Feb. 17 issue of of The Lancet Infectious Diseases that the virus was present in the amniotic fluid of two women whose infants were diagnosed with the birth defect microcephaly.

The discovery added to growing evidence that the Zika virus might be behind the recent surge in the number of babies born in Brazil with microcephaly.

“Previous studies have identified Zika virus in the saliva, breast milk and urine of mothers and their newborn babies, after having given birth,” said study author Dr. Ana de Filippis, from the Oswaldo Cruz Institute in Rio de Janeiro. “This study reports details of the Zika virus being identified directly in the amniotic fluid of a woman during her pregnancy, suggesting that the virus could cross the placental barrier and potentially infect the fetus.”

Researchers explained that the amniotic fluid surrounds and protects the fetus while developing in the mother’s uterus. The placental barrier regulates which substances cross from mother to child.

But de Filippis stressed that the latest discovery does not prove that the Zika virus caused microcephaly in the two Brazilian infants in the study.

“Until we understand the biological mechanism linking Zika virus to microcephaly, we cannot be certain that one causes the other, and further research is urgently needed,” de Filippis said in a journal news release.

In other developments, the U.S. Food and Drug Administration on Tuesday moved to protect the U.S. blood supply by saying that people who’ve traveled to places where the Zika virus is prevalent, or who have symptoms that suggest infection, should wait a month before donating blood.

Four weeks is enough time for the virus to pass through a person’s system, the agency said.

According to the FDA, people considered to be at risk for Zika include those who have:

There have been no reports to date of Zika virus entering the U.S. blood supply, the FDA said. But, the risk of blood transmission is considered likely based on the most current scientific evidence of how Zika and similar viruses are spread.

About four out of five people infected with Zika virus do not become ill, which makes it tougher to determine whose blood might carry the pathogen, the agency noted.

The FDA announcement followed a similar move by the American Red Cross last week, in which the organization asked potential blood donors who have traveled to Zika-affected areas to wait 28 days before giving blood.

Zika has not yet emerged in the United States, but the recommendations issued by the FDA also cover that eventuality.

The agency recommends that if an area in the country develops active Zika virus transmission, then whole blood and blood components for transfusion should be brought in from elsewhere in the United States. Blood donation centers in Zika-affected areas may continue collecting and preparing platelets and plasma if an FDA-approved, pathogen-reduction device is used.

The Zika virus was first identified in Uganda in 1947, and until last year was not thought to pose serious health risks.

But the increase in both cases and birth defects in Brazil in the past year has prompted health officials to reassess their thinking about Zika and pregnant women.

The World Health Organization now estimates there could be up to 4 million cases of Zika in the Americas in the next year.

For more information on Zika virus, and where the virus is endemic, head to the U.S. Centers for Disease Control and Prevention.