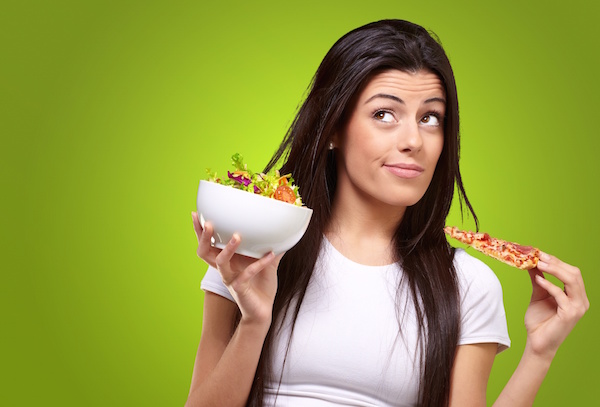 Sit up straight to get a date? That’s the message of a new study that suggests good posture and welcoming body language boost the odds of a romantic spark in online or speed dating.

The key is to not appear withdrawn, said study lead author Tanya Vacharkulksemsuk. “People pick up on the openness of their potential romantic partners.”

First impressions are especially crucial in the modern dating world when people often meet online, said Vacharkulksemsuk, a postdoctoral researcher at the University of California, Berkeley.

“Decisions about selecting a partner are often made after brief interactions that sometimes last only a couple minutes, such as speed-dating, or even seconds, such as viewing online dating profile photos,” she said.

For the study, researchers videotaped 144 “speed dates” of men and women who spent four minutes talking to each other. The researchers rated participants’ posture, and checked the speed-dating results to find which candidates had been chosen to be seen again.

An open posture is “expansive,” featuring widespread limbs and a stretched torso that “enlarge” a person’s space, Vacharkulksemsuk said. A person with a closed posture, by contrast, keeps limbs close to the body and minimizes himself or herself.

“For every single unit increase of expansiveness on the scale, that person was 76 percent more likely to get a ‘yes’ response from their speed-dating partner,” Vacharkulksemsuk said.

In another part of the study, the researchers analyzed thousands of reactions to photos of the opposite sex on a mobile dating app. Some profile photos showed love seekers appearing open and welcoming, and others showed them “contractive,” or seeming closed.

Among females, more than half the “hits” went to women with more open postures. Although men got fewer hits overall — because women are more selective than men, the researchers say — nearly nine out of 10 hits were in response to an expansive photo.

Although the study findings aren’t definitive, Vacharkulksemsuk said the appearance of being socially adept — also known as being socially “dominant” — is important. It’s a sign that someone has resources like money or social connections, she said. If you’d like to boost the odds of a romantic connection via an online profile, she suggested, show more openness.

But a researcher who studies human interaction cast doubt on the study findings, arguing that the effect of expansive posture is unimportant compared to other factors that affect first impressions in a romantic context.

Paul Zak, chairman of the Center for Neuroeconomics Studies at Claremont Graduate University in California, dismissed the findings this way: “Women like dominant guys. To a lesser extent, they find that guys like dominant women, too. And dominant people have more open body postures.”

As for why a certain posture might help, he agreed that it has to do with the concept of social dominance. “Dominant people adopt bigger and more open postures,” he said. “Humans, especially women, are attracted to dominant partners because this likely signals they have access to resources that they might share with us.”

His advice if you want more dating success? “Get a haircut, work out, go on a diet, be happy with yourself. They’re all likely better,” he said.

The study appears in the March 28 issue of Proceedings of the National Academy of Sciences.

For more about the biology of love, visit the University of Minnesota.