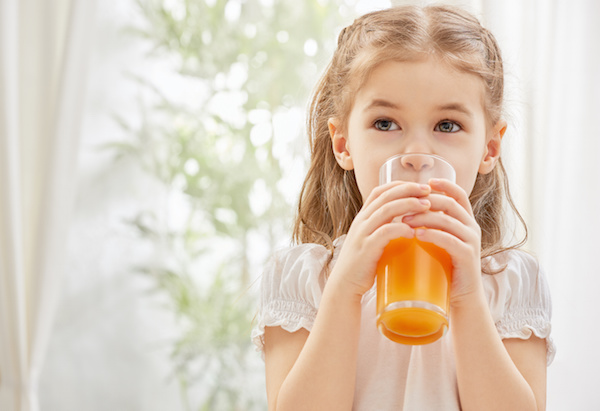 A procedure long used to halt stomach bleeding may offer another way to treat severe obesity, a preliminary study suggests.

The study, of seven severely obese adults, found that the minimally invasive procedure caused no serious complications. It also spurred some weight loss: Patients lost 13 percent of their excess weight, on average, over the next six months.

Experts stressed that the procedure — bariatric artery embolization — is not approved for weight loss, and remains in clinical trials. It’s not clear whether or how it could fit in with the current treatments for severe obesity.

Those treatments include invasive procedures such as gastric bypass surgery, which alters the digestive tract to limit how much food a person can eat and the body’s absorption of calories.

“Those procedures are highly effective, but they also have risks,” said Dr. Clifford Weiss, who led the new study. He is an associate professor of radiology at Johns Hopkins University in Baltimore.

The short-term risks include bleeding and infections, and in the long run, people can develop nutritional deficiencies and potentially dangerous hernias, according to the U.S. National Institutes of Health (NIH).

Weiss said that embolization could potentially serve as an intermediate step between lifestyle changes and weight-loss drugs — which have limited effects for severe obesity — and gastric surgery.

The approach is an extension of a long-used procedure called gastric artery embolization, where microscopic beads are injected into an artery supplying the stomach. Traditionally, it has been done in emergency situations to stop serious stomach bleeding.

But recent research has hinted that embolization may also trigger weight loss. One study, of 32 patients who had the procedure for stomach bleeding, found a pattern: Those who’d had the left gastric artery treated lost 8 percent of their body weight, on average, over the next three months.

In contrast, patients who had a different artery embolized lost 1 percent of their body weight.

The left gastric artery supplies a part of the stomach called the fundus, which produces the hormone ghrelin. And ghrelin’s main job is to stimulate hunger, Weiss explained.

“Our hypothesis is that (embolization) causes weight loss by lowering ghrelin production,” he said. However, he added, that’s not proven.

Weiss was scheduled to present the findings Sunday at the annual meeting of the Society of Interventional Radiology, in Vancouver, Canada. The study is preliminary, he stressed, and was designed only to test the safety and feasibility of embolization as an obesity treatment.

“This is not something you can ask your local radiologist to do,” Weiss said. But, he added, some U.S. centers are running clinical trials of the approach.

An obesity surgeon who was not involved in the study said the findings are “way too preliminary to get excited.”

But he also praised the effort. “This is a world-class medical center looking at an innovative approach to weight loss,” said Dr. Bruce Wolfe, a spokesman for the Obesity Society.

What remains to be seen is whether embolization has lasting effects that are actually worthwhile, added Wolfe, who is a professor at Oregon Health & Science University, in Portland. The weight loss in this preliminary study was “modest,” and on par with lifestyle changes and medication — not surgery, he added.

A recent NIH-funded study found that three years after gastric bypass, patients had typically kept off almost one-third of their total initial weight.

Over six months, patients in this new study lost 13 percent of their excess weight — not their total weight, Wolfe pointed out.

He also questioned whether the procedure would have to be repeated, or whether “more beads” would have to be injected in the stomach arteries to boost the weight loss. If that were the case, Wolfe said, there might be more risks.

Weiss agreed that there are still plenty of questions about long-term effects.

“We don’t know how effective this is ultimately going to be,” he said. “We’re not trying to replace bariatric [weight-loss] surgery.”

And no one is saying that embolization, by itself, would be enough, Weiss stressed. “The goal is to decrease a patient’s hunger. We see this as a tool to be used with proper diet and exercise,” he explained.

“This is not a magic bullet against obesity,” Weiss said.

The U.S. National Heart, Lung and Blood Institute has more on managing obesity.