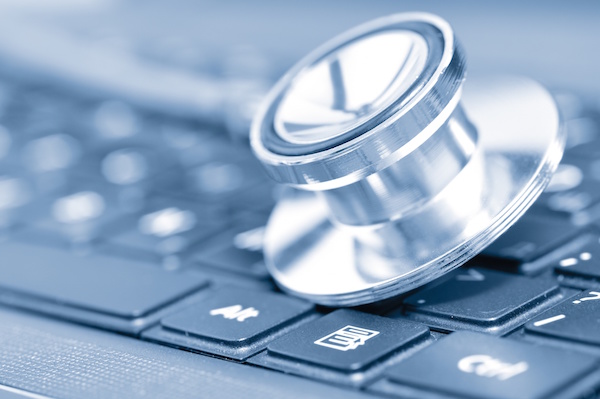 Fewer thyroid cancers are diagnosed in the United States now than in the recent past, perhaps signaling a change in physician practices, a new study says.

And many thyroid growths won’t even be called “cancer” any more, according to another new report.

The tripling of thyroid cancer cases over the past 30 years “used to be a mystery,” said Dr. Luc Morris, lead author of a report published online April 14 in the journal JAMA Otolaryngology–Head & Neck Surgery.

But recently, many researchers attributed the rise largely to technological advances that allow doctors to identify and biopsy small, harmless nodules in the thyroid gland, said Morris. He is a surgical oncologist at Memorial Sloan Kettering Cancer Center in New York City.

“Up to 30 percent of healthy persons have small cancers in their thyroid glands, and nearly all of these would not go on to cause any problems for the person if the cancer were never discovered,” he explained.

They’ve always been present, “like a huge submerged iceberg, but we are just getting better at finding them,” Morris said.

That explains why the dramatic jump in thyroid cancer is best described as an “epidemic of diagnosis,” not an epidemic of disease, he added.

For many patients, there would be no benefit — only potential harm — in diagnosing and surgically removing these growths, Morris said.

The thyroid is the gland at the base of your neck.

In the other report published April 14 in JAMA Oncology, researchers announced that one type of thyroid cancer has been reclassified to reflect it is noninvasive and has a low risk of recurrence.

The name change applies to a tumor known as encapsulated follicular variant of papillary thyroid carcinoma, which accounts for 10 to 20 percent of all thyroid cancers diagnosed in Europe and North America, the researchers noted.

The new name keeps key features to aid pathologists in diagnosis, but leaves out “cancer,” indicating that it need not be treated aggressively, the study authors said.

“Not only does the reclassification eliminate the psychological impact of the diagnosis of ‘cancer,’ it reduces the likelihood of complications of total thyroid removal, and the overall cost of health care,” said the study’s senior investigator, Dr. Yuri Nikiforov. He is professor of pathology at the University of Pittsburgh School of Medicine.

In the study by Morris and colleagues, the investigators tracked thyroid cancer cases in the United States from 1983 to 2012. Incidence increased 3 percent a year from 1988 to 1998. Over the next decade, the trend more than doubled, reaching 6.7 percent annually, then leveled off at 1.75 percent, the findings showed.

In the past few years, thyroid cancer specialists have urged doctors to be more selective about investigating and biopsying small thyroid nodules, Morris said.

These recommendations are reflected in national clinical practice guidelines, such as those of the American Thyroid Association. It’s possible the new findings are a result of those guidelines, he said.

“We infer, but cannot prove, that the leveling off may be due to changes in physician practices,” Morris said.

These findings mirror recent events in South Korea, where incidence of thyroid cancer skyrocketed due to widespread screening, Morris said.

“Concerned physicians appealed to the public about overdiagnosis of small thyroid cancers, leading to a dramatic reversal and an actual drop in thyroid cancer diagnoses,” he said. “We anticipate that a similar course correction may be beginning in the U.S.”

A similar trend has been seen with prostate cancer, said Carol DeSantis, an epidemiologist at the American Cancer Society.

When prostate-specific antigen (PSA) testing was first recommended, “we had a huge increase in prostate cancer, and once the guidelines changed the incidence backed off, which is similar to what we are seeing here with thyroid cancer,” DeSantis said.

It’s good news, she added. “Guidelines are being refined and, hopefully, less people will be treated for disease they don’t need to be treated for,” DeSantis said.

For more on thyroid cancer, visit the American Cancer Society.