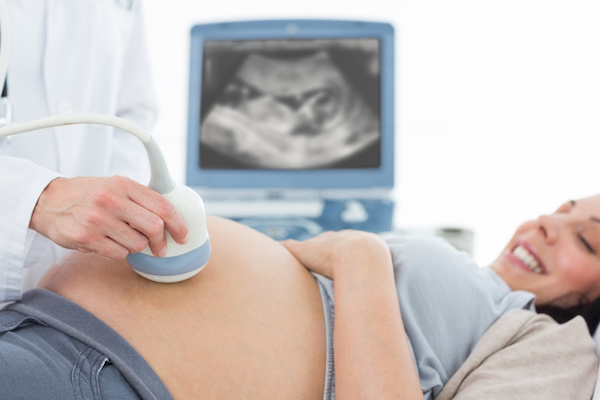 Following U.S. health officials’ announcement earlier this week that the Zika virus can definitely cause birth defects, many of those same experts are now locked in an unprecedented debate.

Should government health-care officials recommend that American women delay getting pregnant in regions of the country once the mosquito-borne virus becomes active there?

So far, the virus has been limited to Puerto Rico, the U.S. Virgin Islands and American Samoa. But as mosquito season approaches, health experts have said they expect to see infections in Gulf Coast states such as Florida and Texas, as well as Hawaii.

According to The New York Times, some infectious-disease experts believe that avoiding pregnancy during the coming mosquito season is the only way to prevent the birth defect microcephaly, which can lead to abnormally small heads and brains. Most cases of the birth defect have been limited to Brazil, which has reported more than 5,000 suspected or confirmed cases.

But some women’s health specialists argue that the government “shouldn’t tell women what to do with their bodies,” the Times reported. In fact, federal health officials have never advised all women in a region of the country to avoid pregnancy. Moreover, they say, most babies conceived during Zika epidemics in Latin America — where the virus has been most prevalent — have been born healthy, the newspaper said.

For now, the debate continues, with Dr. Tom Frieden, director of the U.S. Centers for Disease Control and Prevention, calling it “a very long conversation.”

“We do not have a recommendation to not become pregnant,” Frieden said. “We do recommend access to contraception,” he added, the Times reported.

Currently, federal health officials recommend that pregnant women avoid areas where Zika is being actively transmitted by mosquitoes. To date, most of the infections have occurred in Latin America and the Caribbean.

Health officials also reported this week that gay men can become infected with Zika virus through sexual intercourse. The CDC and Texas health officials detailed the case of a Dallas man who had returned from a trip to Venezuela. He had sex with his longtime partner, both developed symptoms and both recovered, according to published reports.

In fact, in an estimated 80 percent of cases of Zika infection, the symptoms are mild or the person may not even know they’ve been infected, according to health officials.

But, Zika also has been linked to Guillain-Barre syndrome, an uncommon nervous system illness in which a person’s immune system damages the nerve cells, causing muscle weakness and sometimes paralysis, according to the CDC.

On Wednesday, U.S. health officials announced that the Zika virus is a definite and direct cause of microcephaly and other brain-related birth defects.

“It is now clear,” the CDC’s Frieden said at a media briefing. “The CDC has concluded that Zika does cause microcephaly.”

“There is still a lot that we don’t know, but there is no longer any doubt that Zika causes microcephaly,” he added.

What’s more, it appears that Zika causes a particularly severe form of microcephaly that does terrible damage to infants’ brains, Dr. Sonja Rasmussen, director of the CDC’s Division of Public Health Information and Dissemination, said at the briefing.

The CDC made its announcement following what it described as a painstaking evidence review led by Rasmussen that was published on an expedited basis on Wednesday in the New England Journal of Medicine, Frieden said.

“This study marks a turning point in the Zika outbreak,” he said.

Until Wednesday, the CDC had said Zika appeared to be associated with microcephaly, but had been careful not to draw a direct causal link between the virus and the birth defect.

That’s because “this is an unprecedented association” between a mosquito-borne virus and a horrifying birth defect, Frieden explained Wednesday, and the agency wanted to proceed with caution.

“Never before in history has there been the situation where a bite from a mosquito could result in a devastating malformation,” Frieden said.

However, there’s still much that needs to be learned about Zika’s effect on fetal development, said Rasmussen, who’s also editor-in-chief of the CDC’s Morbidity and Mortality Weekly Report.

For example, no one knows the exact risk of brain-related birth defects to the baby of a mother infected with Zika, she said, because some Zika-infected women have given birth to apparently healthy babies.

Researchers also don’t know if Zika will wind up causing learning disabilities to these apparently healthy children later in life, or if Zika also causes birth defects beyond those that are brain-related, Rasmussen added.

The CDC completed its work on the evidence review days ago, and as recently as Sunday was still working with the NEJM on revisions that would incorporate the latest scientific evidence, Rasmussen said.

Rasmussen said the CDC concluded that Zika causes microcephaly based on a checklist of specific criteria.

The CDC hopes that its findings will prompt pregnant women and women of child-bearing age to be even more careful regarding Zika, Rasmussen said.

Women living in an active Zika region should protect themselves by wearing long-sleeved shirts and long pants, staying indoors with window and door screens to keep mosquitoes out, and using insect repellents.

People also can help cut down on mosquitoes in their neighborhoods by policing their properties and getting rid of any sources of standing water, she said.

As of April 6, there were 700 confirmed cases of Zika in U.S. states and territories, according to the CDC. However, none of the cases in the continental United States have occurred due to local transmission of the virus via mosquito bite. Nearly all these infections were acquired while traveling outside the country.