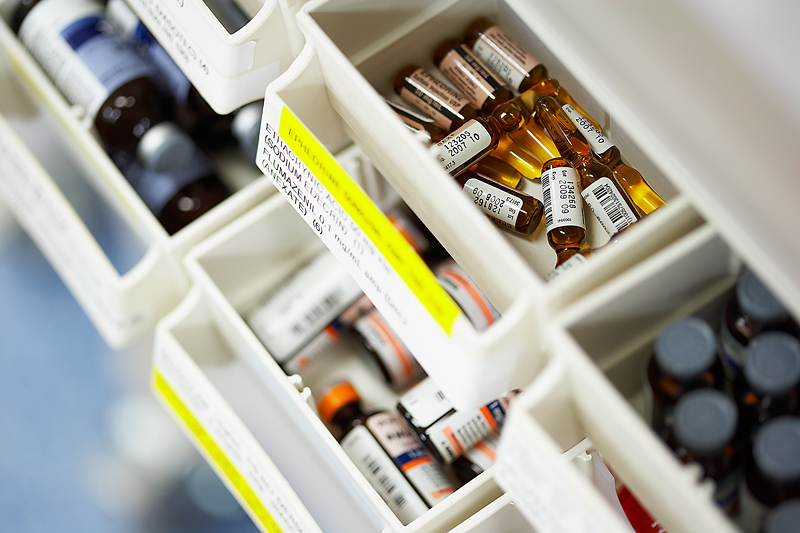 A gene mutation that is linked to a greater risk of breast cancer may also be tied to potential fertility problems, researchers report.

The BRCA1 gene mutation, which raises the risk of breast cancer by 80 percent, may be linked to having fewer eggs in the ovaries as a woman ages, the Australian investigators said. But a cause-and-effect relationship was not proven.

“Although BRCA1 is thought of as a cancer gene, there are other implications that are not cancer-related,” said lead researcher Dr. Kelly-Anne Phillips. She is a consultant medical oncologist at the Peter MacCallum Cancer Center in East Melbourne.

“A woman who is a BRCA1 carrier at age 35 has ovaries that look more like the ovaries of a 37-year-old, non-BRCA1 carrier,” she said.

Women with this mutation shouldn’t wait too long to start a family, according to Phillips. These women should plan on having children in their 20s and early 30s, and not wait until their late 30s and 40s, she suggested.

The report was published online April 20 in the journal Human Reproduction.

The researchers discovered that the BRCA1 gene mutation is tied to a 25 percent lower level of the anti-Mullerian hormone (AMH), which indicates the number of eggs left in a woman’s ovaries.

This effect was not seen, however, in women with the BRCA2 mutation, which is also linked to an increased risk of breast cancer.

Women who carry the BRCA1 and BRCA2 gene mutations have a higher risk of cancers in the breast, ovaries, fallopian tubes and peritoneum, Phillips said. Actress Angelina Jolie had her breasts and ovaries removed after discovering she was a carrier.

About one in 500 women in the United States has a mutation in either the BRCA1 or BRCA2 gene, according to the U.S. Centers for Disease Control and Prevention.

If either parent had a BRCA1 or BRCA2 gene mutation, the odds of having the same gene mutation are 50 percent, according to the U.S. National Cancer Institute (NCI).

Because BRCA1 and BRCA2 gene mutations are relatively rare, most experts say that genetic testing of individuals who do not have cancer should be performed only when the person’s family history warrants it, the NCI says.

For the study, Phillips and colleagues measured AMH levels from nearly 700 women who had no history of cancer and were enrolled in a breast cancer study based in New Zealand and Australia between 1997 and 2012. The women were between the ages of 25 and 45.

Phillips said it’s possible that the BRCA1 mutation may affect DNA repair. Inefficient DNA repair has been shown to contribute to the aging of a woman’s eggs, she explained.

“First and foremost is the concern that they have a very high chance — over 80 percent — of developing breast cancer, and are at a markedly increased risk for developing ovarian cancer — up to 63 percent for BRCA1 and 27 percent for BRCA2,” he said.

Second is the speeding up of their “biological clock,” which is reset by their genetic makeup, Hershlag said.

“As it is, BRCA carriers feel the urgency to conceive and complete their family before they go through the inevitable removal of their tubes and ovaries. This new study indicates that, at least for BRCA1 carriers, the window of opportunity to get pregnant may be narrower,” Hershlag said.

Third, BRCA carriers have a 50 percent risk that their children will inherit the mutated gene, he added.

“Reproductive medicine has geared up to address all BRCA-related issues to benefit the carriers, as well as their future children,” Hershlag said.

BRCA carriers can undergo in vitro fertilization and the embryos can be tested for the BRCA1 or BRCA 2 gene mutations, maximizing the patient’s potential to conceive and eliminating the BRCA gene in the next generation, he explained.

“With the increased detection of cancer genes and cutting-edge reproductive technologies, we should be able to make a huge impact and decrease the occurrence of many cancers in generations to come,” Hershlag said.

For more on the BRCA1 and BRCA2 mutations, visit the U.S. National Cancer Institute.