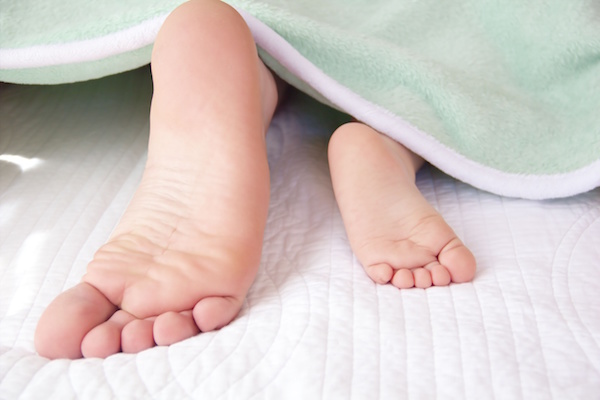 The surgery, known as phalloplasty, is most often done for transgender men who want to undergo a surgical transition. But it’s also an option for men who’ve lost their penis to cancer or trauma — including soldiers who’ve been wounded on the battlefield.

The new studies, to be presented Saturday at the American Urological Association’s annual meeting in San Diego, included both groups of patients. And the studies suggest that by and large, both types of patients do well in the long run.

“A lot of people may not know there are surgeons who have this capability,” said Dr. Gregory Bales, a urologist and surgeon at the University of Chicago who was not involved in the studies.

But the procedure can be “life-altering,” both for transgender men and for those who’ve lost their penis in an accident or other trauma, said Bales, a spokesman for the AUA who will moderate these meeting presentations.

In one of the studies, British researchers at University College London followed 10 men who’d undergone phalloplasty after a traumatic loss of the penis — most often from a blast injury or traffic accident.

In each case, the surgeons used skin and other tissue from the man’s forearm to construct a new penis. That approach — known as radial artery-based forearm phalloplasty — is probably the most commonly used method, according to Bales.

It also tends to be the most successful, said Dr. Nim Andrew Christopher, a consultant uro-andrologist who worked on the study.

That’s in part, he said, because the forearm has little fat, little hair and a large nerve and blood vessel that can be harvested along with the skin and some soft tissue — to create a penis that has the look and sensation of a natural one.

From there, the organ is carefully attached to blood vessels and nerves in the groin.

Some of the men in Christopher’s study also needed a complete reconstruction of the urethra — the tube that carries urine and semen through the penis.

“It’s not a surgery for the fainthearted,” Christopher said. “It takes multiple procedures, and we don’t always get it just right the first time.”

Two patients in the study developed blood clots, and one developed a blockage in the new urethra — all successfully treated, according to the researchers.

And in the long run (a little over four years, on average), all of the patients said they were happy with the size, appearance and sensation of the new penis. All of the men were also able to urinate normally.

“It’s as good as the real thing,” Christopher said.

For a man to have sex after the surgery, he needs to have an inflatable device implanted in the new penis.

“Just creating the penis is a bit like making a hood ornament,” Bales explained. “It will have no ability for penetrative intercourse without the implant.”

Six men in Christopher’s study opted for an implant; three ended up needing a revision surgery because of an infection or because the implant had a “mechanical failure.”

The saline-filled devices can break, Bales explained, or can sometimes “erode” through the skin. And ultimately, he said, any man with a penile implant will need another procedure, because the devices “don’t last forever.”

The second study looked at 93 patients who had undergone phalloplasty at one Virginia hospital between 1983 and 2015. The group included 44 transgender patients and 49 men who’d had the procedure after a trauma, or to treat a congenital defect.

After an average of 4.5 years, 39 percent of transgender men and 48 percent of other men rated their urinary function as “excellent.” Most — 70 percent — were happy with the sensation from the new organ, and one-quarter said they were sexually active.

Transgender men were more likely to develop a blockage in the urethra: 56 percent, versus 30 percent of other men. According to Bales, that is probably because the urethra is constructed “from scratch” for transgender patients.

There can be other issues, too. The surgery leaves a scar on the forearm, and patients may be left with numbness or weakness in the arm, Bales said.

There are also practical obstacles to getting the procedure. In the United States, there are probably only 30 to 40 surgeons who perform the operation, Bales estimated. So many patients may have to travel to get it.

Insurance coverage varies, but plans may pay for the procedure — if, for example, a transgender patient has been diagnosed with gender dysphoria, Bales said.

“The cost of the entire endeavor is dependent to some extent on complications and the number of surgeries,” Bales said. “But it is safe to say that it is well over $100,000.”

Research presented at meetings is considered preliminary until it has been subjected to the peer review of a medical journal.

The Canadian Cancer Society has more on penis reconstruction.