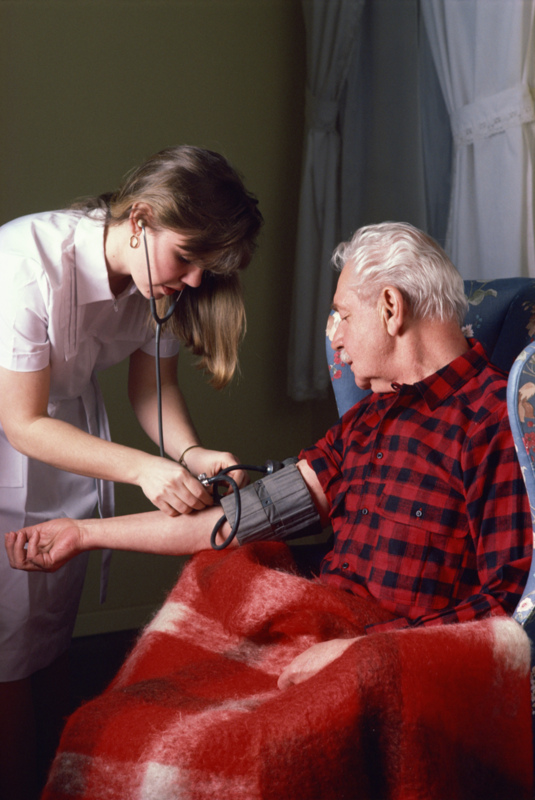 Fluctuations in blood pressure may be linked to faster declines in thinking skills among seniors, a new study suggests.

Variability in the bottom number — diastolic blood pressure — was also associated with faster decline of mental ability among those aged 55 to 64, but not among people aged 65 and older, the study authors added.

“The relevance of blood pressure variability between doctor’s visits has been dismissed until recently,” said study author Bo Qin, a postdoctoral associate at Rutgers Cancer Institute, in New Brunswick, N.J.

“However, over the past six years, evidence has accumulated that blood pressure variability over monthly or yearly visits may lead to greater risk of stroke and some additional health problems,” she said.

This study suggests that it may not be a random phenomenon or an unimportant measurement related to use of blood pressure medications, “but may instead provide information relevant for prognosis,” Qin said.

The report was published online May 23 in the journal Hypertension.

For the study, Qin and colleagues collected data on nearly 1,000 adults aged 55 and older who took part in the China Health and Nutrition Survey over five years.

Blood pressure was calculated from three or four visits to health professionals. Participants also completed a series of mental quizzes, such as word recall and counting backwards.

“Although the study was done in China, the same results apply in the U.S.,” said Dr. Gisele Wolf-Klein, director of geriatric education at Northwell Health in Great Neck, N.Y.

“The correlation of fluctuation in blood pressure and dementia is known to be linked to circulatory problems — specifically to high blood pressure,” she said.

But high blood pressure and low blood pressure may both be damaging to the brain, she added. The goal is to try to achieve a stable blood pressure rather than have huge variations. “You want good, solid, stable, average numbers,” Wolf-Klein said.

Keeping blood pressure within normal ranges may help “prevent dementia and may even benefit patients who are losing their mental abilities,” she said.