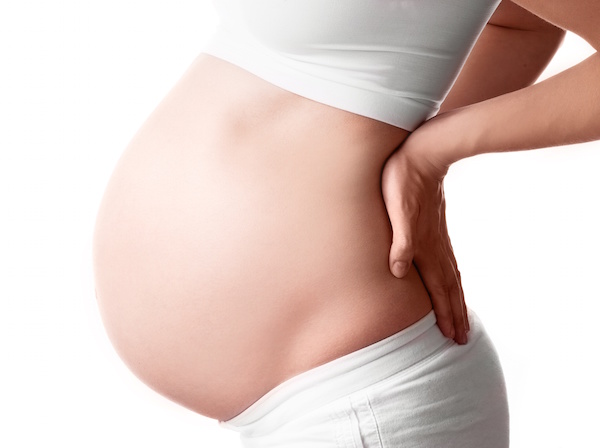 A woman from Honduras who apparently became infected with the Zika virus in her home country gave birth Tuesday in a New Jersey hospital to a baby girl with the birth defect characteristic of the disease, officials said.

The baby has an abnormally small head, a condition called microcephaly that also results in an underdeveloped brain, hospital officials said.

Dr. Manny Alvarez, chairman of the Department of Obstetrics, Gynecology and Reproductive Science at Hackensack University Medical Center, said the 31-year-old mother knew she was infected with the virus before coming to visit relatives in New Jersey. Scans performed late last week showed the girl was underweight for her gestational age, so doctors delivered the baby by cesarean section, The New York Times reported.

Alvarez said he believes the baby is the first baby born in the Northeast with Zika infection, which is typically transmitted by mosquitoes.

“It tells you that Zika is real,” he said. “There is still a lot of work to be done insofar as controlling this virus.”

A baby was born in Hawaii earlier this year with microcephaly.

On Monday, U.N. health officials recommended that women planning to become pregnant should wait at least eight weeks before trying to conceive if they or their partner live in — or are returning from — areas where Zika virus infections are occurring,.

The vast majority of Zika infections have occurred in Latin America, with Brazil the hot zone with an estimated 5,000 cases of microcephaly. There have been no reports of Zika-induced microcephaly contracted in the United States. But U.S. health officials have said they expect to see Zika infections in Gulf Coast states such as Florida, Louisiana and Texas as mosquito season picks up.

Mosquito bites remain the most common source of infection of the Zika virus. But transmission of the virus through sex is more common than previously thought, World Health Organization officials said Monday. They had previously recommended a four-week abstinence before trying to conceive.

And if the male partner has had symptoms of Zika infection, couples should wait six months before trying to have a baby, the WHO officials said.

Four out of five people infected with Zika don’t develop any symptoms. Those who do most often suffer from mild symptoms that include fever, rash, joint pain or red eyes.

The true risk of Zika is to a developing fetus.

Earlier this month, U.S. health officials reported that the number of pregnant women in the United States infected with the Zika virus had tripled because cases were now being counted in a more comprehensive way.

So far, an estimated 280 infected women are being followed in the United States and its territories, according to two registries that have been created by the U.S. Centers for Disease Control and Prevention.

Previously, only cases of pregnant women who had Zika-related symptoms or pregnancy complications were being tallied, CDC officials said. But recently published reports have found that some pregnant women show no symptoms of Zika infection, yet still give birth to babies with microcephaly.

To limit any potential spread of Zika virus via mosquitoes, health officials on the federal, state and local level are deploying a three-pronged strategy: improving mosquito control; expanding their ability to test for Zika; and urging the public to protect themselves against mosquitoes.

Women of child-bearing age who live in an active Zika region should protect themselves from mosquito bites by wearing long-sleeved shirts and long pants, using mosquito repellent when outside, and staying indoors as much as possible, according to the CDC.