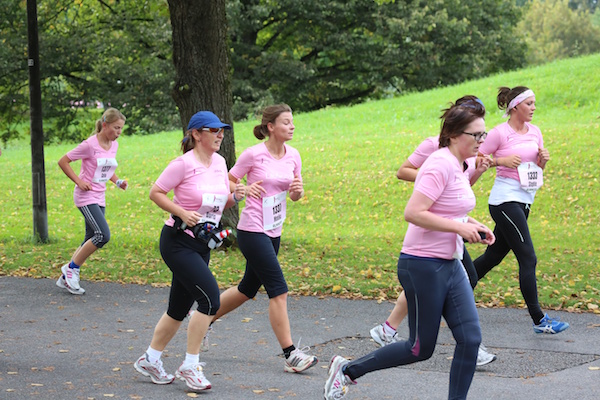 Many elderly adults in nursing homes face aggressive or disturbing behavior from their fellow residents, a new study suggests.

The study found that one in five nursing home residents had been involved in an incident with a fellow resident within the past month.

Most often that meant a verbal altercation, with a resident yelling or cursing at another. But some seniors were involved in physical scuffles, and some experienced inappropriate sexual behavior, the study found.

Dr. Lisa Gibbs, a geriatrics specialist who was not involved in the study, called the findings “enlightening” and “something we need to be talking about.”

“In nursing homes, we put a lot of focus on residents’ medical conditions,” said Gibbs, who is chief of geriatrics and gerontology at the University of California, Irvine.

“We’ve worked on areas like reducing medical errors, and preventing falls and pressure sores [on the skin],” Gibbs said. “And all of that is important. But we can also reduce the prevalence of this kind of mistreatment.”

Of more than 2,000 residents, about 20 percent had been involved in at least one incident within the past month, the findings showed. Men and women were equally affected.

Just over 9 percent of residents had gotten into a verbal clash, while about 5 percent had been in a physical incident, including hitting and pushing. About 4 percent had an “invasion of privacy” issue, and 0.6 percent experienced a sexual incident, such as inappropriate touching, the investigators found.

However, no one is blaming residents themselves.

Often, nursing home residents are in some stage of dementia. Even when that’s not the case, they may be suffering from anxiety or depression, Gibbs pointed out.

The study did find that incidents were more common in nursing homes’ dementia units. On the other hand, one-quarter of residents with no dementia symptoms were involved in at least one incident.

“Nursing homes need to pay attention to this, and implement humane and respectful ways of dealing with it,” said Dr. Laura Mosqueda, another geriatrics specialist who reviewed the study.

One way is to identify residents who seem to be having issues with each other, and limit their interactions, according to Mosqueda, who directs the National Center on Elder Abuse at the University of Southern California, in Los Angeles.

Gibbs agreed, and pointed to other issues, too. “Maybe they’re in pain, or dealing with loss of function — and loss of the life that they knew,” she said.

Part of the solution to the problem, according to Gibbs, is to “understand each resident as a whole person.”

And, Mosqueda noted, it’s not clear how staff training fits into the picture. “Are staff trained to intervene appropriately? Are they even recognizing it? If this is behavior you see all the time, you might think it’s normal,” she suggested.

But one study finding does give some context: Incidents were more common in units with relatively fewer certified nursing assistants — the staff who are responsible for residents’ daily care.

“That may be a sign of systemic neglect in the nursing home,” Mosqueda said.

She and Gibbs offered similar advice to families with a loved one in a nursing home: Visit regularly and observe what’s going on, including in common areas. And note whether staff members are observant, as well.

If you think there is an issue, Mosqueda said, you can talk to the nursing home administration, or contact the local long-term care ombudsman. Ombudsmen are certified advocates who can help resolve issues between residents (or their families) and long-term care facilities.

“If you contact the ombudsman,” Mosqueda said, “an independent eye will come in [to the nursing home] and check things out.”

Gibbs said it’s also important for nursing homes to offer residents daily activities that keep them engaged and give them an outlet.

“We need to make sure they have rewarding interactions with other people,” she said.

The U.S. National Institute on Aging has advice on choosing a nursing home.