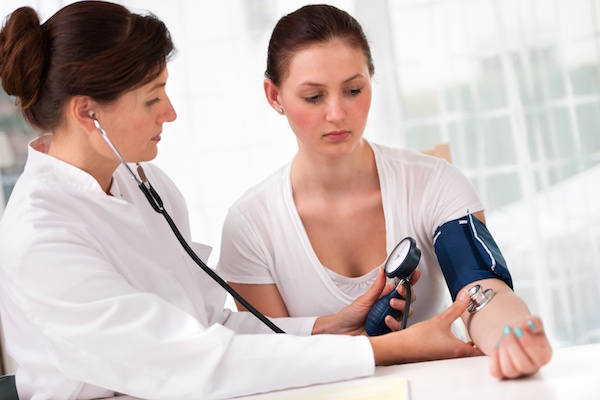 Eating red meat may boost the risk for kidney failure, but swapping even one daily serving of red meat for another protein may reduce the risk, a large study from Singapore suggests.

Red meat intake — in this case, mostly pork — was strongly associated with an increased risk of end-stage renal disease, the loss of normal kidney function. The relationship was also “dose dependent” — meaning the higher the consumption, the greater the risk.

The association held up even after compensating for factors that could skew the results, such as lifestyle and other health conditions, the study authors noted.

“Our findings suggest that patients with chronic kidney disease or the general population worried about their kidney health can still maintain protein intake but consider switching to plant-based sources,” said Dr. Woon-Puay Koh, professor in the Office of Clinical Sciences at Duke-NUS Graduate Medical School in Singapore.

“However, if they still choose to eat meat, fish/shellfish and poultry are better alternatives to red meat,” said Koh, one of the study’s authors.

The study adds new data to a conflicting body of evidence on the relationship between protein intake, particularly red meat, and kidney disease, experts noted.

“It adds useful and additional information to our knowledge base, but I’m not sure if it necessarily tips the scale one way or another,” said Dr. Allon Friedman, a nephrologist and associate professor of medicine at Indiana University School of Medicine in Indianapolis.

“My opinion is that it’s still perfectly fine for individuals who are otherwise healthy to consume red meat in moderation,” he said.

Dr. William Mitch, professor of nephrology at Baylor College of Medicine in Houston, said plenty of studies have shown that low-protein diets may benefit people who already have kidney damage.

However, “in the general population, there’s no persuasive evidence that eating a lot of protein causes kidney damage,” he said.

About 20 million Americans have chronic kidney disease, according to the U.S. Centers for Disease Control and Prevention.

Between 2000 and 2008, the number of new cases among people 65 and older more than doubled, says the U.S. National Institute of Diabetes and Digestive and Kidney Diseases. And while new cases have leveled off, recent data from a federal registry show the number of people requiring kidney dialysis continues to rise.

Red meat has been implicated in recent reports and studies as potentially harmful to human health. The World Health Organization last year warned of a possible link between red meat and cancer. And a November 2015 study in the journal Cancer found that meat cooked at high temperatures could potentially affect kidney cancer risk.

For the new study, researchers followed more than 63,000 Chinese adults in Singapore for an average of 15.5 years.

Food questionnaires were used to gather data on people’s daily protein consumption. Records on the incidence of end-stage renal disease came from a nationwide renal registry.

Although pork may appear white after being cooked, it’s still considered red meat, says the U.S. Department of Agriculture.

People consuming the highest amounts of red meat had a 40 percent increased risk of developing end-stage kidney disease, compared with people who ate the lowest amounts, the study found.

No association was found with poultry, fish, eggs or dairy products, while soy and legumes appeared to be slightly protective.

The study also found that replacing one serving of red meat with another protein reduced the risk of kidney failure — up to 62 percent for poultry.

Betsy Booreni is vice president of scientific affairs at the North American Meat Institute in Washington, D.C., which represents U.S. meat packers and processors. She noted that the study, by design, does not establish cause and effect.

What’s more, the results should be viewed with caution due to differences between Chinese and American diets, meat production practices, ethnic backgrounds and genetics, Booren said.

“It is inappropriate and premature to attempt to apply these findings to the North American population as the cause of a medical condition,” she said.

The study, published July 14 in the Journal of the American Society of Nephrology, was supported by funding from the U.S. National Institutes of Health.