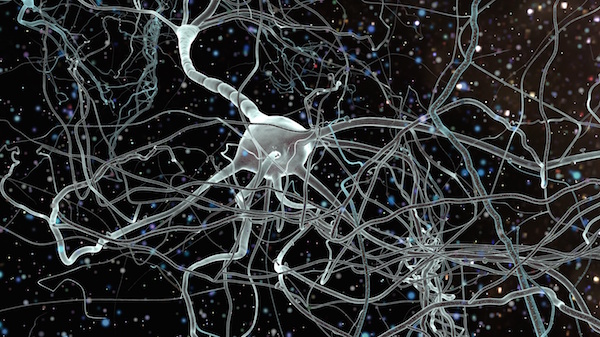 “Patients with chronic fatigue syndrome have a different profile of bacterial species in their gut microbiome than healthy individuals,” said the study’s senior author, Maureen Hanson. She’s a professor of molecular biology and genetics at Cornell University, in Ithaca, N.Y.

The new findings provide evidence to refute what Hanson calls “the ridiculous concept that the disease is psychological in origin.” For years, she said, some have suggested that chronic fatigue syndrome is simply psychological and can be helped by therapy. Not so, she said.

Even so, “I would not say we found the cause,” Hanson said. Rather, her team has found “another biological abnormality.”

Not everyone with chronic fatigue syndrome has the skewed microbiome, she said. Some of the study volunteers had fairly normal microbiomes.

Between 1 million and 4 million Americans have chronic fatigue syndrome, also known as myalgic encephalomyelitis, according to the U.S. Centers for Disease Control and Prevention. But only about 20 percent of people with the condition have been diagnosed. Symptoms may include overwhelming fatigue not helped by rest, sleep that is not restorative, malaise, joint and muscle pain, headaches and gastrointestinal problems such as irritable bowel syndrome.

In the study, the Cornell researchers evaluated 48 people diagnosed with chronic fatigue syndrome and 39 healthy controls. All provided stool and blood samples. The researchers tested stool samples for bacterial DNA. In chronic fatigue syndrome patients they found bacterial profiles with less diversity. This is similar to those seen in people with two bowel diseases: Crohn’s disease and ulcerative colitis, the researchers said.

“A lot of bacteria in our gut are beneficial,” Hanson said.

If patients with chronic fatigue syndrome don’t have as diverse a population of bacteria, she said, that could cause problems. The researchers also found markers of inflammation in the blood samples of chronic fatigue syndrome patients, likely due to a “leaky gut” from intestinal problems that let bacteria enter the blood. Bacteria in the blood could trigger an immune response and worsen symptoms, the researchers said.

Using the microbiome findings, the researchers said they were able to correctly classify whether 83 percent of the study volunteers had chronic fatigue syndrome or didn’t. If these findings are confirmed in a larger study, the authors suggested that the gut microbiome could be used as an additional test to determine if it’s likely that someone has chronic fatigue syndrome.

The new research “is yet another study that proves this is not a psychological disease,” said Zaher Nahle, vice president for research and scientific programs at the Solve ME/CFS Initiative, a nonprofit organization focusing on myalgic encephalomyelitis/chronic fatigue syndrome.

More and more research on various health conditions has focused on what experts call the gut-brain axis, Nahle said. Other research has suggested the gut microbiome might be linked with anxiety, depression, autism and other conditions. “It’s a promising avenue of research,” he said.

If the research progresses and bears out for chronic fatigue syndrome, Nahle said, adjusting the diet might be one way to help symptoms.

Remedies such as probiotics are often suggested to patients, Hanson said. Probiotics are foods or supplements with live “good” bacteria that may alter and improve the gut environment. But it’s too soon to know if it would have an effect.

“Really, we don’t know whether probiotics will help or not,” Hanson said. There is not enough research currently, and more research on probiotics would be helpful, she said.

The study was published recently in the journal Microbiome.

To learn more about chronic fatigue syndrome, visit the U.S. Centers for Disease Control and Prevention.