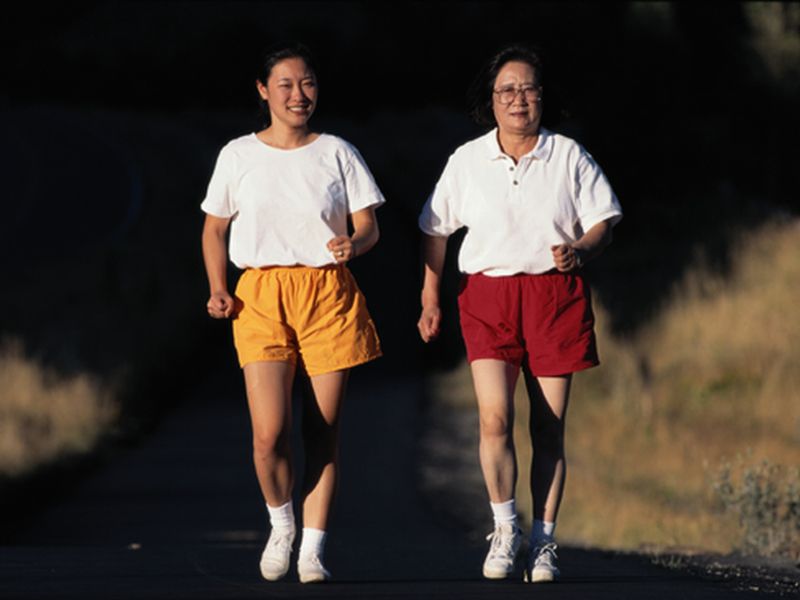 Brisk walking may be more effective than jogging in controlling blood sugar levels in people with prediabetes, a new study suggests.

People with prediabetes have higher-than-normal blood sugar levels but not so high that it’s full-blown diabetes. The “gold standard” approach to diabetes prevention involves weight loss, diet and exercise.

“We know the benefits of lifestyle changes … but it is difficult to get patients to do even one behavior, not to mention three,” said study author Dr. William Kraus. So he and his colleagues wanted to know if exercise alone could achieve similar benefits.

“When faced with the decision of trying to do weight loss, diet and exercise versus exercise alone, the study indicates you can achieve nearly 80 percent of the effect of doing all three with just a high amount of moderate-intensity exercise,” said Kraus, a professor of medicine at Duke University in Durham, N.C.

The study included 150 people with prediabetes who were divided into four groups. One group followed a gold-standard program that included a low-fat, low-calorie diet and moderate-intensity exercise equivalent to 7.5 miles of brisk walking a week.

After six months, patients using the three-pronged approach had an average 9 percent improvement in oral glucose tolerance — a measure of how readily the body processes sugar and an indicator used to predict progression to diabetes.

“Another way to say it is that a high amount of moderate-intensity exercise alone provided nearly the same benefit on glucose tolerance that we see in the gold standard of fat and calorie restriction along with exercise,” said study co-author Cris Slentz, an assistant professor of medicine at Duke.

“We believe that one benefit of moderate-intensity exercise is that it burns off fat in the muscles,” he said. “That’s important because muscle is the major place to store glucose after a meal.”

The study was published online July 15 in the journal Diabetologia.

The American Academy of Family Physicians has more about prediabetes.