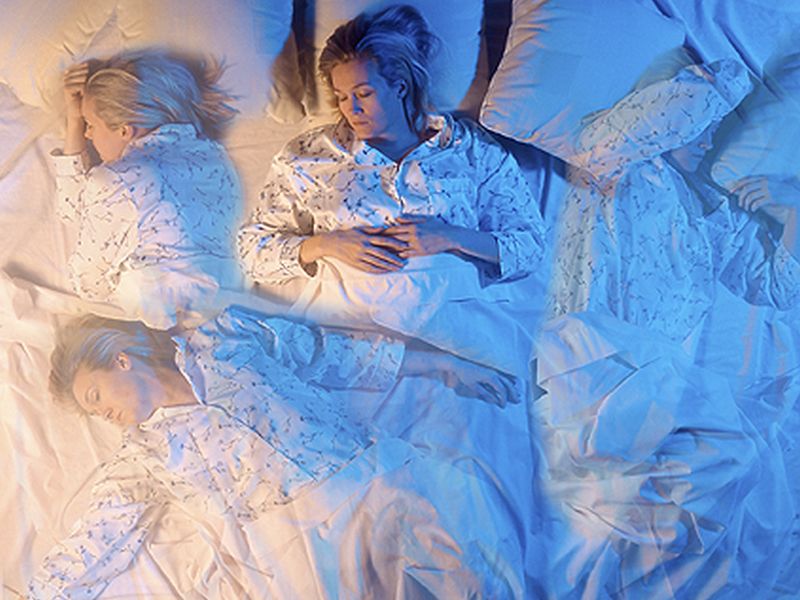 The hot flashes and night sweats of menopause don’t play out the same for all women, new research shows.

Almost 80 percent of women do get hot flashes, night sweats or both during menopause, the researchers found. But the timing of these symptoms and how long they last appear to vary a great deal, with factors such as body weight, race, education and dietary habits tending to predict the patterns.

“We used to think these symptoms lasted from three to five years, right around the time of the final menstrual period,” said senior study author Rebecca Thurston. She is director of the Women’s Biobehavioral Health Lab at the University of Pittsburgh.

“We now know that these symptoms persist for far longer — typically seven to 10 years — and occur at different times for different women,” she added.

Thurston’s team followed nearly 1,500 women as they transitioned through menopause, tracking them for a median of 15 years. Each year, the women reported their symptoms. Four groups of symptom patterns emerged.

When the researchers looked more closely, they found that factors such as race, education, weight and health habits played a role in the patterns.

Women who were obese were more likely to have early onset of symptoms, in the decade before periods stop, than others. So, too, were depressed or anxious women, the findings showed.

Women with a lower body mass index (a measurement based on weight and height), those who smoked and black women were all more likely than others to have symptoms occur later that declined gradually in the following decade, the researchers said.

The findings should trigger more research about the causes of hot flashes and night sweats, Thurston said.

The patterns aren’t hard and fast, she noted, and are simply associations, not cause-and-effect relationships.

Thurston hasn’t studied whether changing some factors, such as losing weight or quitting smoking, could help. “We’re looking at that now,” she said.

Mary Sammel is director of biostatistics for the Women’s Health Clinical Research Center at the University of Pennsylvania in Philadelphia. She suggested that the findings could help women know what to expect in general. This could perhaps help them make decisions about whether they might take hormone therapy for a short time.

“The patterns are more varied than we thought,” Sammel said. But not all of the predictors were a surprise, she noted.

“There are things we know are associated with hot flashes, like smoking and body mass index, as well,” Sammel added.

The study was published in the July issue of Menopause: The Journal of the North American Menopause Society. The U.S. National Institutes of Health funded the study.

Visit the North American Menopause Society for more on menopause.