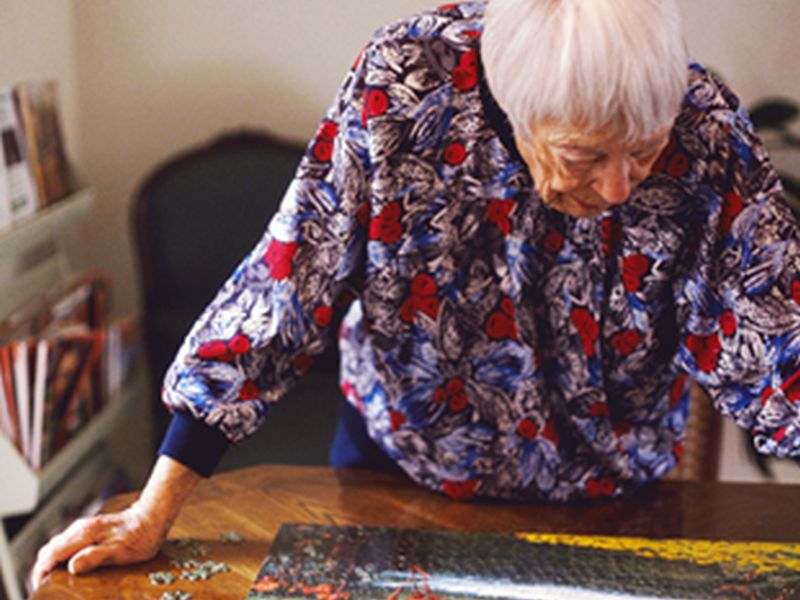 Certain behavior changes may be a harbinger of Alzheimer’s disease, and researchers say they’ve developed a symptom “checklist” that might aid earlier diagnosis.

Experts have long focused on so-called mild cognitive impairment as an early warning sign of Alzheimer’s disease. That refers to problems with memory and thinking that may or may not progress to full-blown dementia.

But now some researchers are zeroing in on a new concept they call “mild behavioral impairment.”

The term is meant to describe persistent changes in an older person’s normal behavior. The changes include problems like social withdrawal, angry outbursts, anxiety and obsessiveness.

“We’re not talking about a blip in someone’s behavior,” said Dr. Zahinoor Ismail, of the University of Calgary’s Hotchkiss Brain Institute, in Canada. “It’s a sustained change from their former ways of functioning.”

And, he said, “that out-of-character behavior can be the first sign of something going wrong in the brain.”

So Ismail and his colleagues have developed a symptom checklist that doctors could potentially use to assess older patients for mild behavioral problems. The tool still needs to be studied further, but the hope is that it will help spot people in the early stages of Alzheimer’s.

Ismail was to present the work Sunday at the Alzheimer’s Association International Conference, in Toronto. Research presented at meetings is considered preliminary until published in a peer-reviewed journal.

“People often think [Alzheimer’s] is all about memory loss,” Ismail said. “But it’s not.”

Many patients with dementia, he explained, also have neuropsychiatric symptoms — an umbrella term for problems with behavior, mood and perception.

But the concept of “mild behavioral impairment” as a precursor to dementia is new, according to Ismail.

“Until now, there hasn’t been a good way to measure it,” said Keith Fargo, director of scientific programs and outreach for the Alzheimer’s Association.

Fargo, who was not involved in the developing the new checklist, said it still has to be tested in studies. Researchers will need to see whether patients’ results really predict how they will ultimately fare.

For now, Fargo said, it’s important for doctors and families to be aware that sustained behavior changes can be a red flag.

One is “decreased motivation.” It refers to apathy, or lack of interest, in the things a person once enjoyed. An example would be when a grandparent seems to lose interest in her grandchildren’s lives, Ismail said.

Another describes emotional symptoms, like depression, anxiety and irritability.

A third focuses on social issues. “Have they lost their social graces, for example?” Ismail said. “Or is there a lack of empathy for others?”

Problems with impulse control is yet another warning sign, according to the checklist. That could manifest as agitation, obsessiveness or even habits like gambling.

Finally, there are issues with perception or thought “content” — where a person might suffer from delusions or even hallucinations.

According to Ismail, older adults may have mild behavioral impairment if they have any of those symptoms, at least periodically, for six months or more.

But some findings he presented at the meeting offer a clue: Among 282 patients at one memory clinic, 82 percent had at least one sign of behavioral impairment.

Emotional symptoms and problems with impulse control were most common, but over half of the patients were showing apathy and more than one-quarter had problems socializing, he said.

According to Ismail, early issues with behavior may foretell a faster decline toward dementia.

It’s estimated, Ismail said, that of older adults with mild cognitive impairment, about 13 percent progress to dementia per year. But if they also have mild behavioral impairment, that rate goes up to 25 percent per year, he said.

Right now, there are no treatments that can prevent or change the underlying course of Alzheimer’s disease. But early detection is still key, according to Fargo, so that patients can get the available treatments and support services as early as possible.

When it comes to behavioral problems, he said, there are ways to manage them.

In some cases, a minor change in a person’s surroundings can help. “There may be something in their environment that’s agitating them, like too much sunlight,” Fargo said. “Sometimes it’s as simple as removing a trigger.”

Some people, he added, might benefit from medications, like antidepressants or anti-anxiety drugs. But that has to be decided on a case-by-case basis, under a doctor’s supervision, Fargo stressed.

He also encouraged families to contact the Alzheimer’s Association Helpline (1-800-272-3900) if they are looking for resources on dealing with behavioral issues.

The Alzheimer’s Association has more on warning signs of dementia.