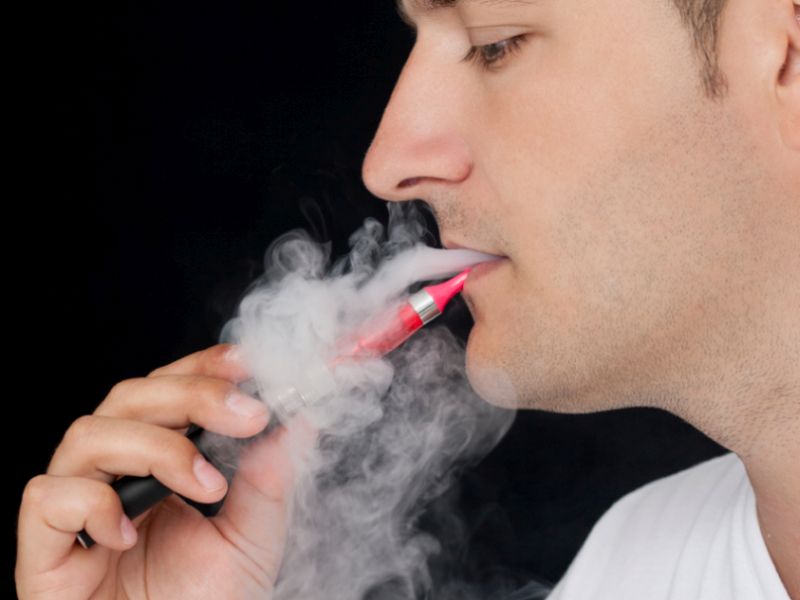 All electronic cigarettes emit harmful chemicals, and levels of those toxic compounds are affected by factors such as temperature, type and age of the device, a new study finds.

The findings could be important to both makers of e-cigarettes and regulators who want to reduce the health threat posed by the devices, according to researchers at the Lawrence Berkeley National Laboratory in California.

“Advocates of e-cigarettes say emissions are much lower than from conventional cigarettes, so you’re better off using e-cigarettes,” study corresponding author Hugo Destaillats said in a Berkeley news release.

“I would say, that may be true for certain users — for example, long-time smokers that cannot quit — but the problem is, it doesn’t mean that they’re healthy. Regular cigarettes are super unhealthy. E-cigarettes are just unhealthy,” he explained.

In laboratory tests, scientists found that the heat-related breakdown of propylene glycol and glycerin — two solvents found in most e-cigarette liquids — causes emissions of toxic chemicals such as acrolein, acetaldehyde and formaldehyde. All three are either respiratory irritants or carcinogens, the investigators said.

“Understanding how these compounds are formed is very important. One reason is for regulatory purposes, and the second is, if you want to manufacture a less harmful e-cigarette, you have to understand what the main sources of these carcinogens are,” Destaillats said.

The researchers also found that levels of harmful chemicals in e-cigarette vapor increase between the first few puffs and later puffs as the device gets hotter, and with each use of the device.

Starting Aug. 8, the U.S. Food and Drug Administration will begin regulating e-cigarettes, as well as all cigars, hookahs (waterpipes) tobacco, pipe tobacco and nicotine gels, among other products.

The new study was published July 27 in the journal Environmental Science & Technology.

The U.S. National Institute on Drug Abuse has more about electronic cigarettes.