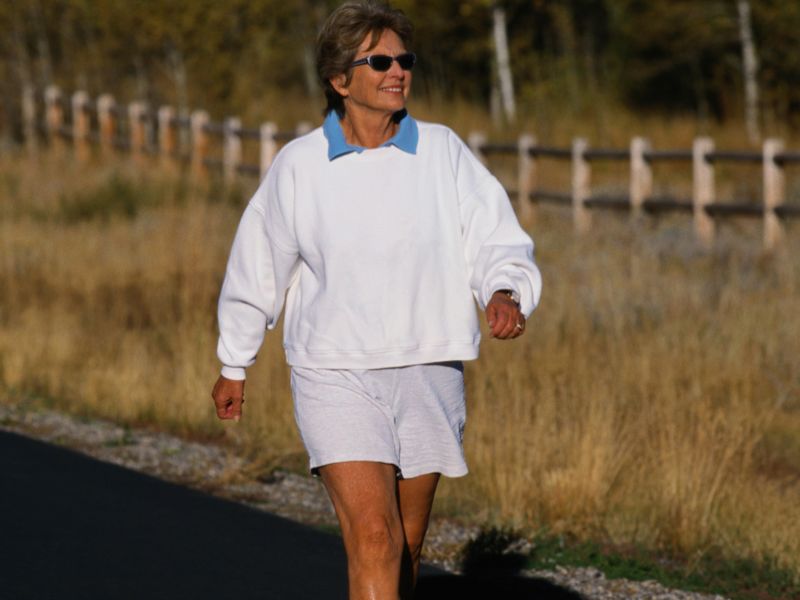 Just one hour of physical activity a day — something as simple as a brisk walk or a bicycle ride — may undo the increased risk of early death that comes with sitting eight hours or more on a daily basis, a new study suggests.

“These results provide further evidence on the benefits of physical activity, particularly in societies where increasing numbers of people have to sit for long hours for work or commuting,” said lead researcher Ulf Ekelund. He is a professor in physical activity and health at the Norwegian School of Sport Sciences in Oslo, Norway.

“Unfortunately, only 25 percent of our sample exercised an hour a day or more,” he said.

The study also found that watching TV for three hours or more a day was linked with an increased risk of early death, regardless of physical activity — except among those who were the most physically active.

However, even among those who exercised the most, the risk of premature death was significantly increased if they watched five hours of TV a day or more, the researchers added.

It’s not TV, per se, that is associated with an increased risk of dying early; rather, TV is a marker for sitting and not being active, Ekelund said.

In their review of 16 previously published studies that included more than one million people, the researchers divided the participants into four groups: those who got about 5 minutes of moderate-intensity exercise a day; 25 to 35 minutes a day; 50 to 65 minutes day; and 60 to 75 minutes a day.

The increased risk of early death ranged from 12 percent to 59 percent, depending on how much exercise the participants got, the findings showed.

“Indeed, those belonging to the most active group, and who are active about 60 to 75 minutes per day, seem to have no increased risk of mortality, even if they sit for more than eight hours a day,” Ekelund said.

“Sit less, move more, and the more you move the better,” he suggested.

The report, which did not prove that inactivity caused early death, was published online July 27 in The Lancet.

According to Dr. David Katz, president of the American College of Lifestyle Medicine, “This important analysis fortifies the increasingly clear verdict from a large and growing body of evidence addressing physical activity and health: all movement is good movement.”

Evidence is clear that moderately vigorous exercise has an array of health benefits, Katz said.

“If you don’t exercise but can stand often, do. If you can’t stand often but can exercise, do,” he added. “Better still, do both. It’s clear: all movement is good movement.”

Not only does physical inactivity increase the risk of early death, it’s expensive, according to another study published in the same journal issue.

In that study, researchers estimated the cost of being physically inactive based on the increased risk for type 2 diabetes, heart disease, stroke, and breast and colon cancer. In 2013 dollars, the study authors estimated that inactivity costs the United States about $28 billion annually.

Visit the U.S. Centers for Disease Control and Prevention for more on physical activity and health.