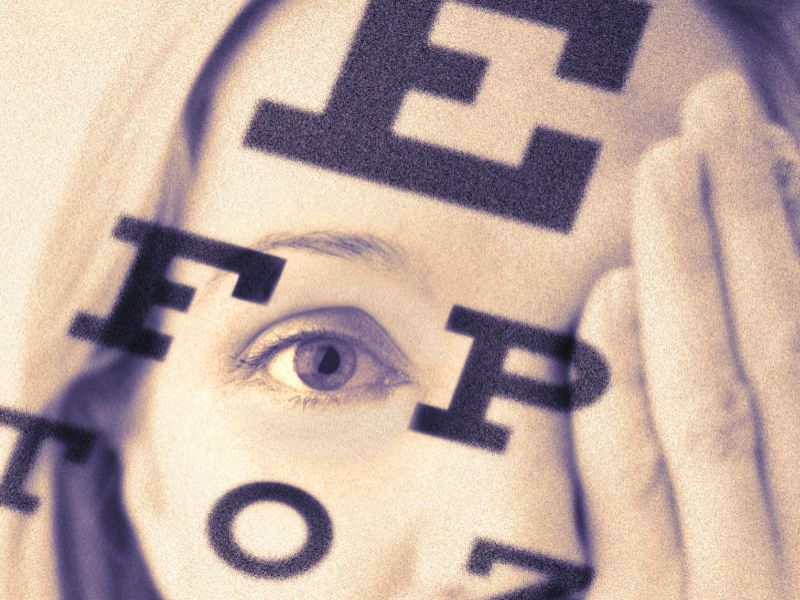 “Our focus has mostly been on severe visual loss and treating the eye diseases that cause it,” said Mary Frances Cotch, chief of epidemiology at the U.S. National Eye Institute. “This study is saying we probably shouldn’t wait until that time since people with mild visual loss are being affected by their condition.”

The British researchers based their findings on a previous project that examined the health of more than 112,000 volunteers in the United Kingdom. The average age of the volunteers was 57, and 55 percent were female.

Less than 1 percent of the participants were blind or had severely limited vision. But 23 percent had limited vision in one or both eyes, often despite having contacts or eyeglasses, according to the report.

For these people, “poor vision may reflect eye disease, the need for glasses or the need for better glasses,” said Dr. Radeep Ramulu, an associate professor of ophthalmology at Johns Hopkins University School of Medicine in Baltimore. He was not involved with the study.

About 3 percent were in a mid-range around the legal threshold for driving, which study author Phillippa Cumberland, a senior research associate at University College London, defined as “falling into the category of impaired vision that is likely to affect their day-to-day lives in some way.”

It’s not clear if these people had more difficulty with things like work and social connections like dating, said Cotch, who was not involved in the study.

The study doesn’t report how many people fall into these categories.

Ramulu said the study’s design makes it hard to interpret the results. It doesn’t distinguish between people who have poor vision because they need glasses or because they have eye disease, he noted.

Cotch agreed that the study has limitations. For example, she said, it’s not clear if the unemployed people had jobs earlier and then lost them after they developed poor vision.

What can be done?

“The most important issue is ensuring regular eye exams,” Ramulu said. Universal health care exists in the United Kingdom, he said, “though that does not mean everybody accesses it.”

The study was published online July 28 in JAMA Ophthalmology.