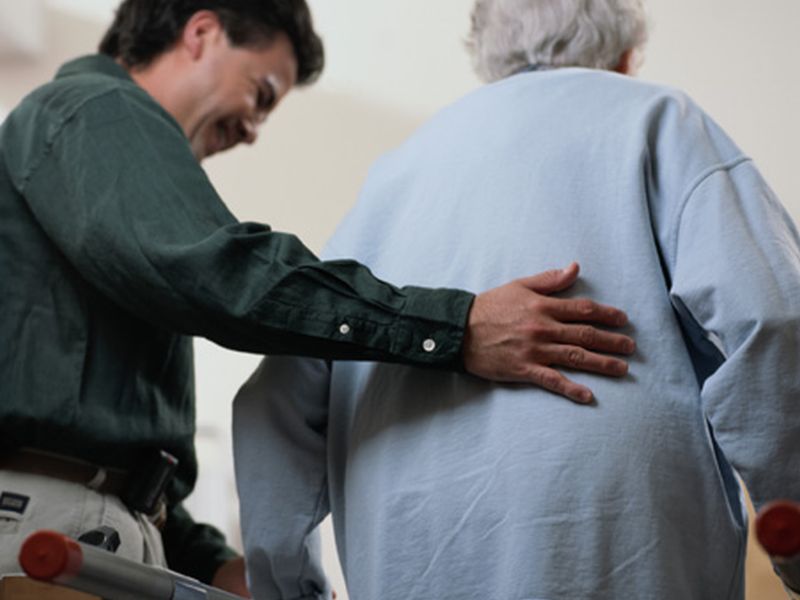 A new U.S. government report on aging finds that close to a quarter of Americans over 65 have some form of disability.

“Many Americans enjoy longer lives, though with some functional limitations,” according to a news release from the Federal Interagency Forum on Aging-Related Statistics, which authored the report.

The Forum found that in 2014, “22 percent of the population age 65 and over say they have at least one limitation in vision, hearing, mobility, communication, cognition, or self-care.”

That finding means millions of Americans — often spouses or children — are becoming caregivers for disabled, aging loved ones. The report found that, in most cases, the burden isn’t excessive.

Overall, “about 86 percent reported that informal caregiving gives them satisfaction that the care recipient is well cared for,” the Forum said.

Caregivers often reported a downside to looking after the loved one, in terms of workload or having less time for themselves. Still, “less than one in five caregivers reported that these negative impacts were a substantial problem,” the report’s authors said.

In 2014, about 1.2 million Americans 65 and older were living in nursing homes and nearly 780,000 lived in residential care communities, such as assisted living facilities. People older than 85 were the majority in both groups, according to the report.

When it comes to daily diet, the investigators found that Americans aged 75 or over tend to meet dietary recommendations for whole fruits, and those aged 65 and older meet daily protein intake requirements.

Many seniors may be breathing cleaner air, too: The report said that “the percentage of people age 65 and over living in counties that experienced poor air quality for any standard, decreased from 66 percent in 2000 to 16 percent in 2014.”

Despite improvements in income levels for seniors, many still struggle to pay bills, the study found. Overall, the number of older Americans living below the poverty line fell from 15 percent in 1974 to 10 percent in 2014, according to the report.

The Health in Aging Foundation has more on seniors’ health.