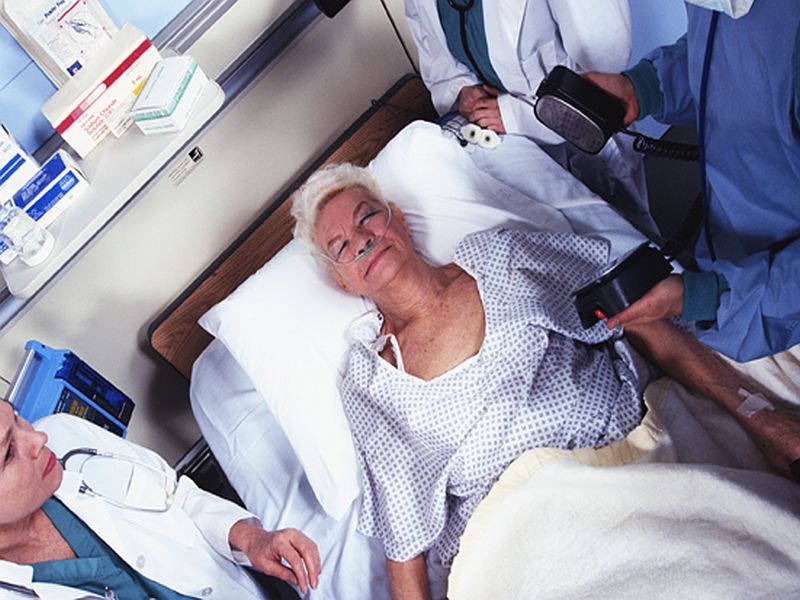 This is particularly true for those who have diabetic ketoacidosis (high blood sugar), a pulmonary embolism (clot in the lung), heart failure or upper gastrointestinal bleeding. In many cases, these are four common medical conditions that can be treated just as well in a regular hospital ward, the researchers added.

“I believe that our findings begin to tell the story of how inappropriate use of ICUs [intensive care units] can be harmful for patients and the health care system,” said lead researcher Dr. Dong Chang. He is an assistant professor of medicine at the David Geffen School of Medicine at UCLA.

“Overuse of ICUs among patients who can likely be treated in non-ICU settings may lead to inappropriately aggressive care and misallocation of resources away from patients who may truly need critical care services,” Chang said.

The report was published online Aug. 8 in the journal JAMA Internal Medicine.

One expert explained the origins of the problem.

“The crux of the matter is the patient I call the in-between patient,” said Dr. Neil Halpern, chief of the critical care medicine service at Memorial Sloan Kettering Cancer Center, in New York City. He wrote an accompanying editorial in the journal.

These patients have certain illnesses like the ones Chang’s team studied, “which are not at an extreme and could be cared for both in an ICU or on a general ward. The question is how do various hospitals address this group of patients,” Halpern said.

In some hospitals, these patients will be sent to the ICU, “because those hospitals want to use their ICU beds to the maximal capability. They don’t want to stress out the nurses and other providers on the hospital’s general wards, or they may want to train their residents by exposing them to these kinds of patients,” he noted.

“Whereas another group of hospitals say ‘our wards are very capable’ to take care of the in-between patient,” he added.

For the study, Chang and his colleagues collected data on nearly 157,000 hospitalizations at 94 hospitals in Maryland and Washington state from 2010 to 2012. The four conditions they looked at accounted for nearly 5 percent of the total hospitalizations.

When they examined ICU use rates, hospital deaths, use of invasive procedures and hospital costs, their findings showed that ICU admission rates ranged from 16 percent to 81 percent for diabetic ketoacidosis, 5 percent to 44 percent for pulmonary embolism, 12 percent to 51 percent for upper gastrointestinal bleeding, and 4 percent to 49 percent for congestive heart failure.

Although ICU use was not linked with significant differences in hospital deaths, it was associated with a greater number of invasive procedures and higher costs, Chang said.

How hospitals decide whether patients are sent to an ICU or to a general ward is a complex decision that depends on the size, culture and resources of the hospital, Halpern explained.

Some hospitals, particularly large hospitals, have units that straddle the care given at the ICU and the general wards, he explained.

For more on ICUs, visit the U.S. National Library of Medicine.