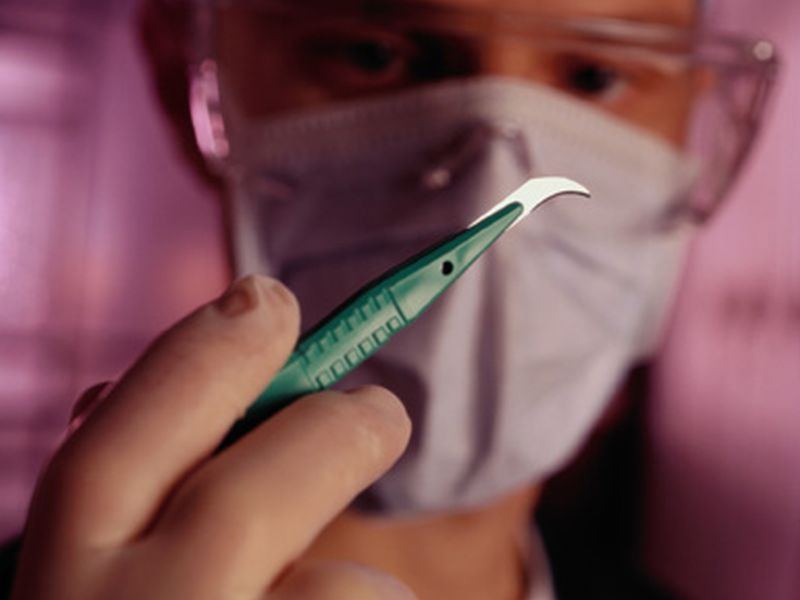 Since the 1940s, doctors have been surgically removing the thymus gland — a procedure called thymectomy — as a means of treating myasthenia gravis. But this has been done based on research indicating the gland might play a role in the development of the disease.

“It has never been clearly shown to benefit patients beyond other medical therapies that have developed over time,” said lead researcher Dr. Gil Wolfe. He’s the chair of neurology for the Jacobs School of Medicine and Biomedical Sciences at the University at Buffalo in New York.

“There has always been a question of how much favorable impact it actually provides,” Wolfe said.

Now, Wolfe and his colleagues have proven that thymectomy offers real and lasting benefits for myasthenia gravis patients.

The researchers reported that patients treated with thymectomy:

“This nails it down and finally demonstrates that there’s a beneficial effect, it’s pretty broad, and while it may not lead to complete resolution of symptoms, it does allow people to reduce the amount of medication they’re on,” said Dr. Allan Ropper. He’s executive vice chair of neurology at Brigham and Women’s Hospital and a professor at Harvard Medical School in Boston.

Myasthenia gravis occurs when the immune system attacks the nerve receptors that control muscle contractions. As a result, people suffer from debilitating muscle weakness, according to the U.S. National Institutes of Health.

People with myasthenia gravis often experience weakness in the muscles of the head and neck, which causes drooping eyelids, blurred vision, difficulty swallowing and slurred speech, the Myasthenia Gravis Foundation of America says.

But the disease also can affect life-sustaining body functions such as breathing. Only a few decades ago, approximately one-third of all patients with myasthenia gravis died from the disorder, researchers said in background notes.

As many as 60,000 people in the United States have myasthenia gravis. But the number may be higher due to underdiagnosis, according to the Myasthenia Gravis Foundation of America.

The thymus gland is located in the chest. The gland plays a major role in the early development of the immune system. The gland’s job is nearly done by adulthood, Ropper said, and in most people it tends to shrink and be replaced by fat with age.

“Your body can do just fine without a thymus, especially if you’re an adult,” Ropper said.

In adults with myasthenia gravis, the thymus gland remains large and becomes abnormal. Doctors have long suspected that the gland somehow causes the condition by spurring the immune system into attack mode.

Thymectomy has long been a treatment option. But, until this study there had been no clinical trial to show whether the procedure actually worked.

Prednisone, a steroid medication, is also a treatment option. But the drug comes with severe side effects that may include fluid retention, high blood sugar, an increase in blood pressure, bone softening and cataracts, Ropper said.

According to Wolfe, “These findings solidly confirm the early use of thymectomy in managing myasthenia gravis.” In addition, the study results “tell patients they can be even more assured that thymectomy is a positive step to take in the management of their condition.”

The study ran from 2006 until 2012. It included 126 patients with myasthenia gravis who participated at one of 36 centers on six continents.

The patients were randomly placed into one of two treatment groups. About half received a thymectomy and follow-up treatment with prednisone. The rest of the study volunteers received prednisone alone.

Wolfe praised the patients who agreed to participate in the study. “You’re asking patients to give up their decision on whether to have a major procedure or not,” he said. “We want to acknowledge the patients who put their faith in us.”

The study was funded by the U.S. National Institutes of Health, the Muscular Dystrophy Association and the Myasthenia Gravis Foundation of America.

Findings were published in the Aug. 11 issue of the New England Journal of Medicine.

For more on myasthenia gravis, visit the U.S. National Institutes of Health.