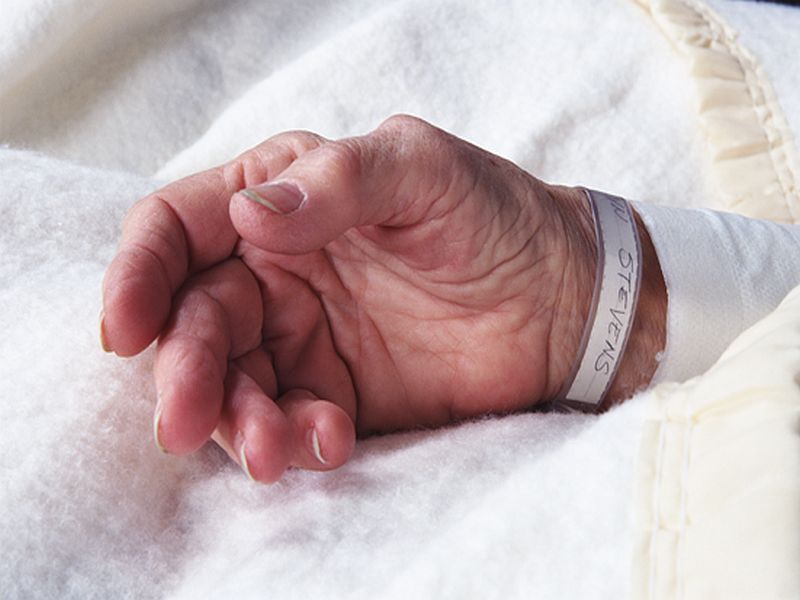 The use of feeding tubes for nursing home patients with advanced dementia — a practice increasingly discouraged by some national organizations — is declining, a new study finds.

One Alzheimer’s expert who reviewed the new findings was heartened by the news.

“When we are looking at someone in the advanced stages of a terminal illness, a feeding tube doesn’t make a lot of sense for families,” said Beth Kallmyer, a social worker and the vice president for constituent services at the Alzheimer’s Association.

Between 2000 and 2014, the proportion of residents in U.S. nursing homes with advanced dementia and feeding tubes declined from 12 percent to 6 percent, said study leader Dr. Susan Mitchell. She’s a professor of medicine at Harvard Medical School and a senior scientist at Hebrew Senior Life Institute for Aging Research.

Although the study doesn’t delve into the exact cause of the decline, Mitchell said there are likely a number of reasons.

“The decline roughly parallels the emergence of research, and subsequent expert opinion and recommendations by national organizations, discouraging this practice,” she said.

As research has emerged discouraging the use of feeding tubes in advanced dementia patients, national organizations have developed recommendations that reflect that research. At the same time, doctors also began to more widely accept the idea of palliative care (keeping a person with a terminal illness as comfortable as possible), Mitchell said.

As consumers became aware of the experts’ recommendations, more people may have changed their advanced directives and asked not to have tube feedings, she added.

The Alzheimer’s Association is one of the organizations discouraging the practice of placing feeding tubes in patients with advanced dementia and eating difficulties.

“It can be painful; it can cause pancreatitis,” noted Kallmyer.

The study included national data on residents of U.S. nursing homes. The researchers looked at the period between 2000 and 2014. The study authors found more than 71,000 residents with advanced dementia who were unable to feed themselves. The average age was 84.

Overall, the use of feeding tubes dropped by about 50 percent during the study period.

Although the rate of feeding tube use in blacks declined significantly, many more black patients were still placed on feeding tubes, the findings showed. Mitchell said this finding is persistent with ongoing research on end-of-life care.

Other studies have found that blacks get more aggressive end-of-life care, though it’s not entirely clear why, Mitchell said.

According to Mitchell, there is no ”ideal” percent or number when it comes to the use of feeding tubes in terminal patients.

“The ideal is to ensure that patients and families are getting the care they want. This requires education and counseling,” she explained.

According to Kallmyer, the study and the declining rate of feeding tubes show that people are paying attention to research. For many years, she said, research has shown that a feeding tube may have more negatives than positives in those with advanced dementia.

The study was published online Aug. 16 in the Journal of the American Medical Association.