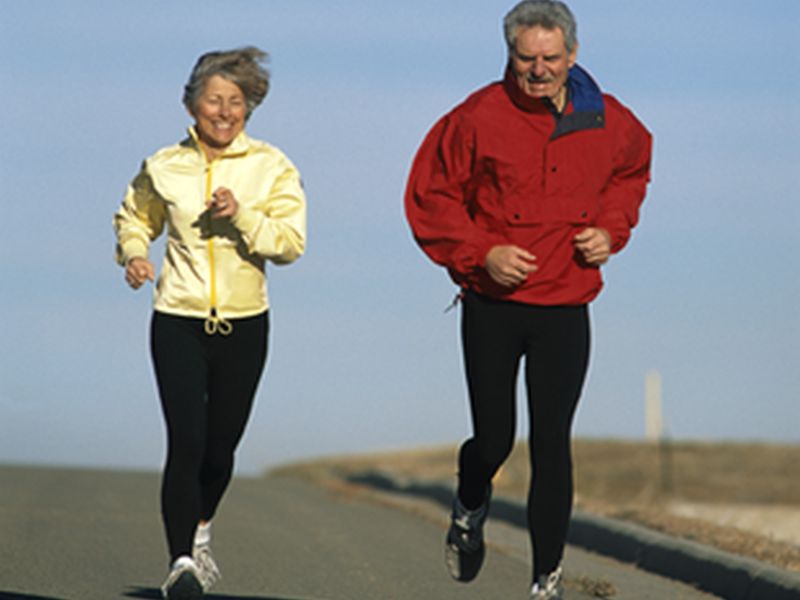 Staying slim throughout your life might lower your risk of developing at least eight types of cancer, an international cancer research group says.

Those include cancers of the stomach, liver, gallbladder, pancreas, ovary and thyroid. The list also includes a form of brain cancer known as meningioma, as well as a type of blood cancer called multiple myeloma.

What’s more, the latest research builds on the findings of an earlier review by the International Agency for Research on Cancer (IARC), which is part of the World Health Organization. That research found that those who avoid gaining weight can curtail their risk for developing five other types of cancer, including cancer of the colon, esophagus, kidney, breast and uterus.

“The review certainly concluded crystal clear, as you say, that obesity causes cancer,” noted Dr. Graham Colditz, who chaired the IARC review group. “And hence the conclusion that there is cancer prevention through avoiding obesity.”

Dr. Clifford Hudis, chief executive officer of the American Society of Clinical Oncology, reacted to the findings with caution, stressing that “cause and effect is not proven.”

He added that it’s premature to conclude that “obesity is the cause of any individual’s cancer.”

“All we can say is that there is an association between obesity and increased risk of many common malignancies,” he noted.

But if obesity does play a role in cancer risk, the stakes are enormous.

For example, IARC researchers point to data gathered in 2013 and 2014 that indicated that roughly 640 million adults and 110 million children and adolescents are now obese worldwide. In the United States, nearly 71 percent of adults over 20 are overweight or obese, according to the U.S. Centers for Disease Control and Prevention.

The study authors added that carrying excess weight — whether in the form of being overweight or obese — is, in fact, responsible for the death (due to any cause) of roughly 4.5 million men and women worldwide every year.

IARC’s latest review examined more than 1,000 studies conducted all over the world, involving both men and women.

Other studies assessed excess weight based on waist circumference measurements.

In addition to highlighting eight specific weight-associated cancers, the team also broadly concluded “that the absence of excess body fatness lowers the risk of most cancers,” perhaps by keeping hormone production and inflammation in check.

However, a lack of reliable data made it impossible to draw additional links between excess weight and a host of other cancers.

A lack of human subjects in the reviewed studies also made it impossible for Colditz and his colleagues to determine whether overweight or obese individuals can reduce their risk for cancer by shedding pounds.

However, the team pointed to a number of animal studies that indicate that weight loss may have a “cancer-preventive effect.”

“[So] the best advice,” said Colditz, “is first avoid further weight gain.” Colditz is also the associate director of prevention and control at the Siteman Cancer Center at Washington University School of Medicine in St. Louis.

And, for those already overweight, he said, “Weight loss will lower risk of diabetes, heart disease and stroke as well as cancer, so there are many good reasons to get back into shape, balance the food we eat with sufficient exercise, and avoid more weight gain or get some pounds off.”

The study was published Aug. 25 in the The New England Journal of Medicine. It was funded in part by the American Cancer Society and the U.S. Centers for Disease Control and Prevention.