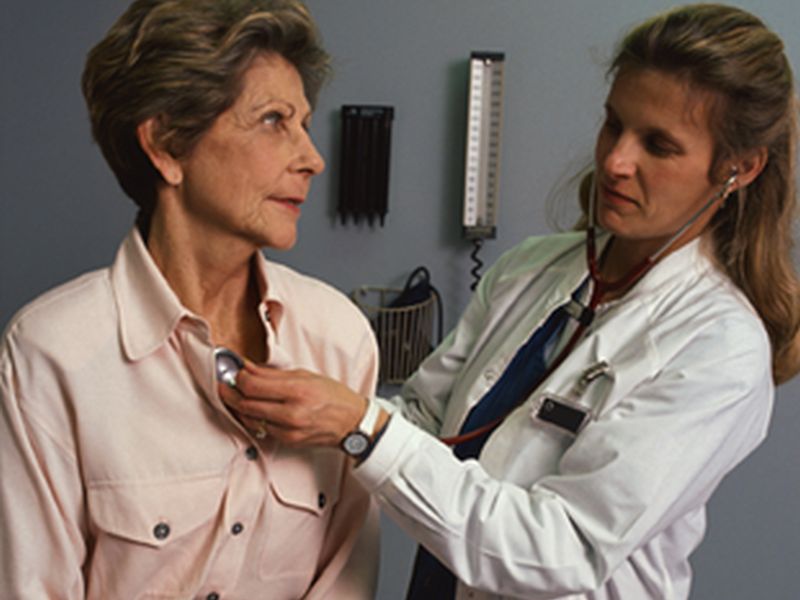 A potentially deadly heart problem can run in families and occur at similar ages, a new study suggests.

An aortic dissection is a sudden tear in one of the body’s main arteries. “Family history is very important and is one factor in our ‘guilt by association paradigm’ for identifying patients at risk,” said study co-author Dr. John Elefteriades, of the Aortic Institute at Yale-New Haven Hospital in Connecticut.

Researchers reviewed the family histories of 90 people treated for an aortic dissection. Among those cases, more than half of those within the same families occurred within a 10-year age span. The risk increased within certain age groups, the researchers found.

The results were published online Aug. 25 in the Annals of Thoracic Surgery.

“If a family member suffered an aortic aneurysm or aortic dissection, chances are at least 1 in 8 that you may experience something similar in the future,” Elefteriades said in a journal news release.

These findings allow “us to better appreciate the playbook of aortic dissection. Knowing how dissection operates — in this case, at what age dissections are likely to occur in a specific family — permits us to combat it more effectively and save many lives,” Elefteriades said.

In many cases, aortic dissection occurs in people with an aortic aneurysm, a balloon-like bulge in the aorta. Each year, a ruptured or dissecting thoracic aortic aneurysm is the primary or contributing cause in more than 15,000 deaths in the United States, according to the U.S. Centers for Disease Control and Prevention.

However, up to 90 percent of patients with an aortic dissection in the first part of the aorta (ascending aorta) can be saved with emergency surgery. But as many as 40 percent of patients with aortic dissections die instantly, and risk of the death increases 1 percent with every hour that diagnosis and surgical repair are delayed, according to background notes with the study.

With many thoracic aortic aneurysms, a full, normal life expectancy can be restored after protective aortic surgery, Elefteriades added.

The U.S. Centers for Disease Control and Prevention has more on aortic aneurysm and dissection.