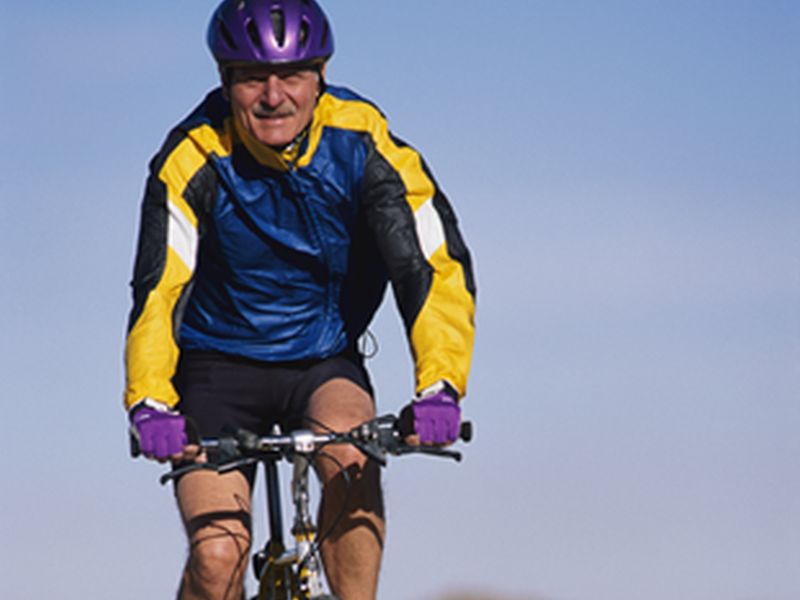 Ride a bike, take a swim, walk your dog: New research shows even a “moderate” amount of exercise each week drastically reduces the odds a person aged 65 or older will die from heart disease.

The benefits of exercise are “good prevention for many diseases, and the effect is dose-dependent — the more you do, the better,” said study lead author Riitta Antikainen. She is a professor of geriatrics at the University of Oulu in Finland.

Antikainen’s team wanted to quantify the benefits of exercise on health over the long term. To do so, her group tracked the health outcomes of almost 2,500 Finnish people aged 65 and older for almost 12 years.

None of the participants had a serious chronic illness at the start of the study. About 1,600 did at least moderate exercise, Antikainen said.

Based on questionnaires, the research team assessed each participant as a low, moderate or high exerciser. Low exercisers spent their time mostly reading or watching TV, and did very little activity. Moderate exercise included activities such as walking, cycling or gardening at least four hours per week. High exercisers participated in more intense activities, such as jogging, skiing, swimming, ball games, or even heavy gardening, at least three hours per week.

After adjusting for other heart risk factors — such as high blood pressure, smoking and cholesterol levels — the researchers found that even a moderate level of activity greatly boosted a senior’s health. Compared to people with low activity, people at the moderate level achieved an average 31 percent lower odds for a cardiovascular “event” (such as a heart attack), and 54 percent lower odds of dying during the study period.

Things got even better for those who exercised more intensely. Those in the high-activity category saw a 45 percent reduction in heart events, plus a 66 percent boost in survival over the next 12 years, the investigators found.

Antikainen presented the findings Saturday in Rome at the annual meeting of the European Society of Cardiology.

Why might exercise bring an even bigger benefit in overall survival than it does for curbing heart attack?

“A likely explanation is there are several other diseases affected by an active lifestyle, I think there is a spillover [effect],” said Dr. Joep Perk, a cardiologist who studies heart disease prevention at Linnaeus University in Sweden.

Speaking at the conference, he said that — all too often — people neglect healthy living until it’s too late.

“They aren’t generally aware of the power there is in being more active and taking care of your health,” Perk said. “They tend to believe that, as doctors, we fix it once you get sick — you don’t have to do anything else before that.”

But nothing could be further from the truth, he said, and you’re never too old to start benefiting from exercise.

“Arteriosclerosis — the inflammation of your vessel walls — is a thing that happens from second to second. So the moment that you decide to become more physically active, you change this whole process. It’s never too late,” Perk explained.

“The message to the general public is: start moving around after retirement, if you haven’t done so already,” he said.

Find out more about the powerful benefits of exercise at the American Heart Association.