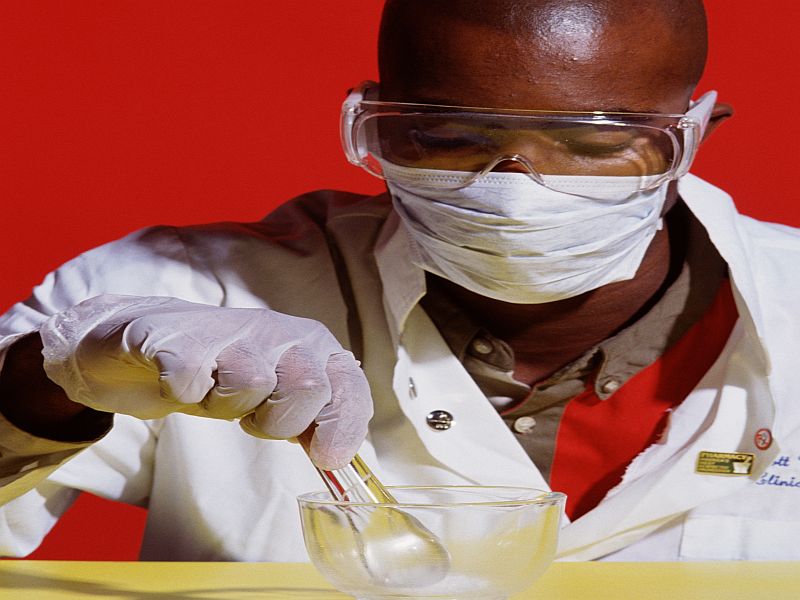 Preliminary research in monkeys suggests that a new medication might be able to provide pain relief similar to opioid drugs such as OxyContin, but without the same potential for addiction or serious side effects.

The experimental medication “has the potential to replace morphine as the gold standard for treating severe pain,” said Andrew Coop. He’s a professor and associate dean for academic affairs at the University of Maryland School of Pharmacy, and is familiar with the new study findings.

There’s a critical need for a painkiller that packs the punch of drugs such as Percocet (acetaminophen/oxycodone), OxyContin (oxycodone) and morphine, but minus the negative effects, doctors say.

The United States is currently in the throes of an opioid addiction epidemic. More than 40 Americans die every day due to the misuse of opioids, according to the U.S. Centers for Disease Control and Prevention. And, the CDC reports that the sale of opioids has quadrupled since 1999. In March 2016, the agency issued new prescribing guidelines, hoping to stem the rise in addiction.

“About 100 million people in the United States alone are in need of better treatments for pain,” said Dr. Stephen Waxman, a professor of neurology at the Yale University School of Medicine and VA Connecticut in New Haven.

“There is a clear need for more effective pain medications, which hopefully should relieve pain without central side effects due to an action on the brain — such as sleepiness, confusion or double vision — and without constipation or the potential for addiction,” Waxman said.

The researchers tested the new drug in monkeys and found that it doesn’t seem to slow breathing, disrupt the cardiovascular system or cause addiction in animals. At the same time, Ko said, it appears to be better at reducing pain than over-the-counter painkillers.

The drug, Ko said, seems to work by triggering “receptors” that activate chemical pathways in the brain.

According to Dr. Wolfgang Liedtke, who’s familiar with the study findings, one of the receptor systems dampens some of the troublesome side effects of opioid drugs. Liedtke is a professor of neurology and attending physician at Duke University Medical Center in Durham, N.C.

Ko said the researchers plan to develop the drug as a pill.

Dr. Caleb Alexander, an associate professor of epidemiology at Johns Hopkins Bloomberg School of Public Health in Baltimore, is skeptical about the research. “While the findings are of interest, animal studies are notoriously poor at predicting clinical outcomes in humans,” he said.

Alexander added: “Don’t hold your breath waiting for the first addiction-free opioid. There is not a product coming down the pike anytime soon with such characteristics.”

As for other caveats, Duke University’s Liedtke said it’s possible that the drug may not work against several varieties of pain like existing opioid painkillers do. He added that the new drug also may cause a stomach condition called gastroparesis, which he says is a common and aggravating side effect of opioids.

Study co-author Ko declined to speculate on when the drug would be ready for human testing or what its cost might be. But he said several other similar drugs are now in development, and he expects some will reach the next stage of research within a couple of years.

For now, Alexander said, “the two most important things that we can do regarding opioid safety is to use them less, and identify and treat those with opioid addiction.”

The study was published online Aug. 29 in the Proceedings of the National Academy of Sciences.

For more about opioid painkillers, try the U.S. National Institute on Drug Abuse.