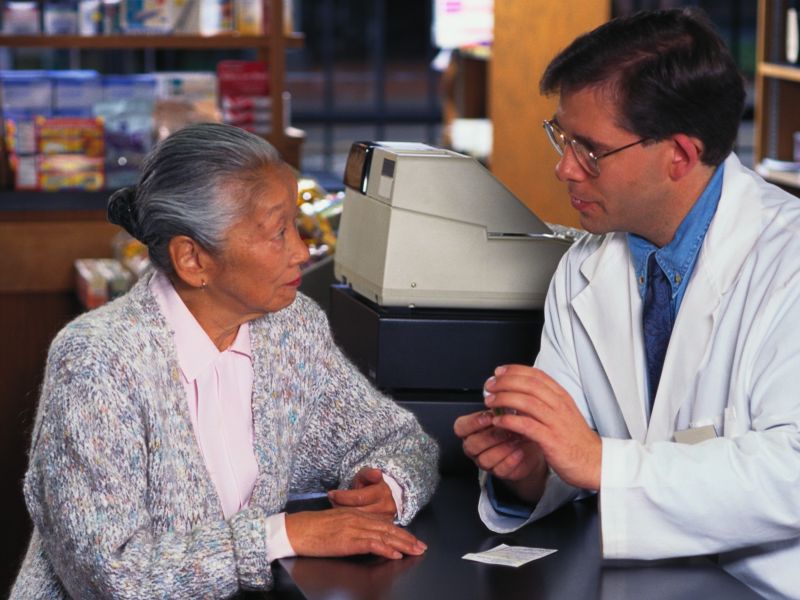 Two-thirds of American adults think tobacco products don’t belong on pharmacy shelves, including half of those who are smokers, a new survey shows.

“People look to pharmacies to improve and support their health,” Dr. Tom Frieden, director of the U.S. Centers for Disease Control and Prevention, said in an agency news release.

“Selling tobacco products, the leading preventable cause of death and disease, goes against the important and growing role pharmacies play in Americans’ well-being,” he added.

The new research, from the CDC, came from an online survey of nearly 4,300 adults across the nation. They were asked: “Do you favor or oppose banning the sale of all tobacco products in retail pharmacy stores?”

More than 66 percent of respondents said they were strongly or somewhat in favor of a ban. Only 14 percent strongly opposed such a ban.

Survey respondents who believe pharmacies should not sell tobacco included:

The study was published Sept. 1 in the American Journal of Preventive Medicine.

More than 130 communities nationwide forbid pharmacies from selling tobacco products, and preliminary data suggest that such bans don’t hurt pharmacies’ business, according to the CDC.

“Tobacco-free pharmacy policies could help reduce access to tobacco products and exposure to tobacco product advertising, as well as de-normalize tobacco use,” Corinne Graffunder, director of CDC’s Office on Smoking and Health, said in the agency news release.

“By eliminating tobacco sales, pharmacies can also help increase awareness of the health consequences of smoking and better support their customers’ management of tobacco-related diseases,” she added.

Cigarette smoking is the leading preventable cause of death and disease in the United States, responsible for 480,000 deaths a year, according to the CDC.