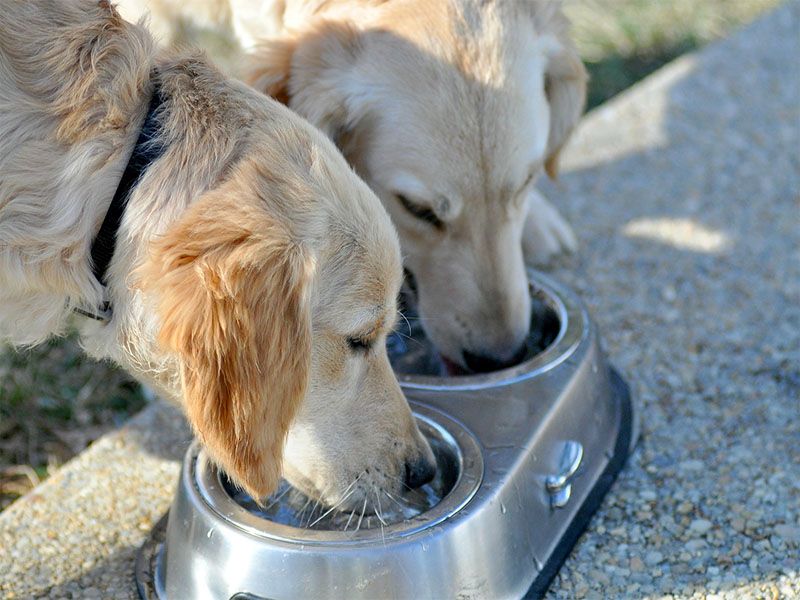 Dogs like a sure thing, while wolves are more willing to gamble when it comes to their next meal, a new study indicates.

“We compared the propensity to take risks in a foraging context between wolves and dogs that had been raised under the same conditions,” said study first author Sarah Marshall-Pescini.

“We found that wolves prefer the risky option significantly more often than dogs. This difference, which seems to be innate, is consistent with the hypothesis that risk preference evolves as a function of ecology,” Marshall-Pescini said.

She is a postdoctoral fellow at the Veterinary University of Vienna and the Wolf Science Centre in Ernstbrunn, Austria.

The study, published Sept. 1 in the journal Frontiers in Psychology, involved seven wolves and seven dogs living in packs in near-natural conditions within large enclosures. Each animal was trained to choose with a paw or muzzle between two upside-down bowls placed on a movable table. Once they made their choice, the animals were given whatever was hidden underneath the bowl.

The animals were also taught that the first bowl was a “safe bet” that always contained a typical food pellet. The second bowl, however, was a riskier option. Half the time, this bowl was hiding an even better meal of meat, sausage or chicken. In all other instances, it contained no food at all, just a stone. Each animal repeated this experiment 80 times.

The study authors suggested that dogs underwent an evolutionary shift from a hunter lifestyle to one of a scavenger between 18,000 and 32,000 years ago, which has given them a more cautious disposition.

“Wild wolves hunt large ungulates — a risky strategy, not only because hunts often fail, but also because these prey animals can be dangerous — whereas free-ranging dogs, which make up 80 percent of the world’s dog population, feed mostly by scavenging on human refuse, a ubiquitous, unlimited resource,” said Marshall-Pescini. “So dogs no longer need to take risks when searching for food, and this may have selected for a preference to play if safe.”