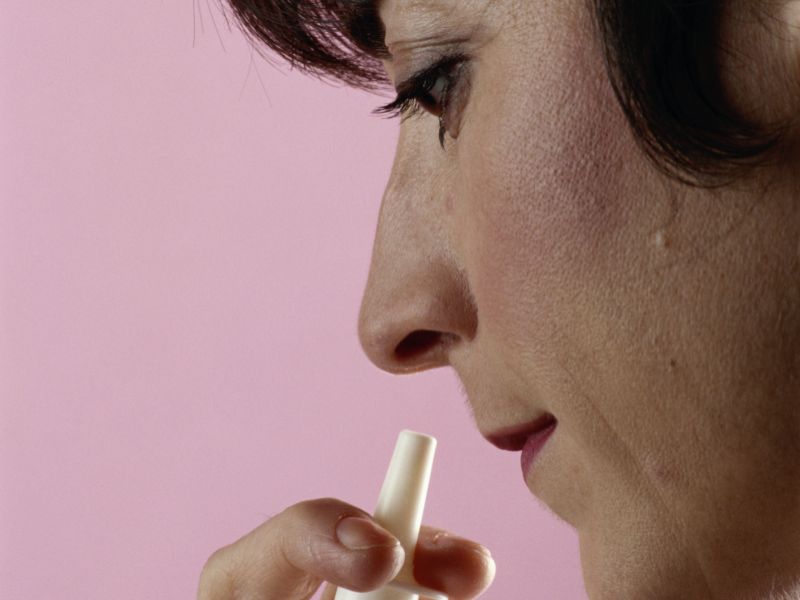 A simple salt-based spray is as effective as medicated sprays in controlling chronic nosebleeds, a new study contends.

“This research highlights that there could be a benefit even in the simplest of interventions,” said corresponding study author Dr. Kevin Whitehead. He is an associate professor of internal medicine at the University of Utah School of Medicine.

People with a condition called hemorrhagic telangiectasia (HHT) are plagued with nosebleeds. Many have one nosebleed a week, and some have more than two a day.

The new study included 121 people with the condition who sprayed either a saline solution (salt plus water) or one of three medications — bevacizumab, estriol or tranexamic acid — into their nose twice a day for 12 weeks.

The saline spray was as effective in reducing nosebleeds as the drugs, according to the study.

“No drug proved to be any better than the saline placebo, but the majority of patients improved over the course of treatment — even those using saline,” Whitehead said in a university news release.

The study was published online Sept. 6 in the Journal of the American Medical Association.

The American Academy of Otolaryngology — Head and Neck Surgery has more on nosebleeds.