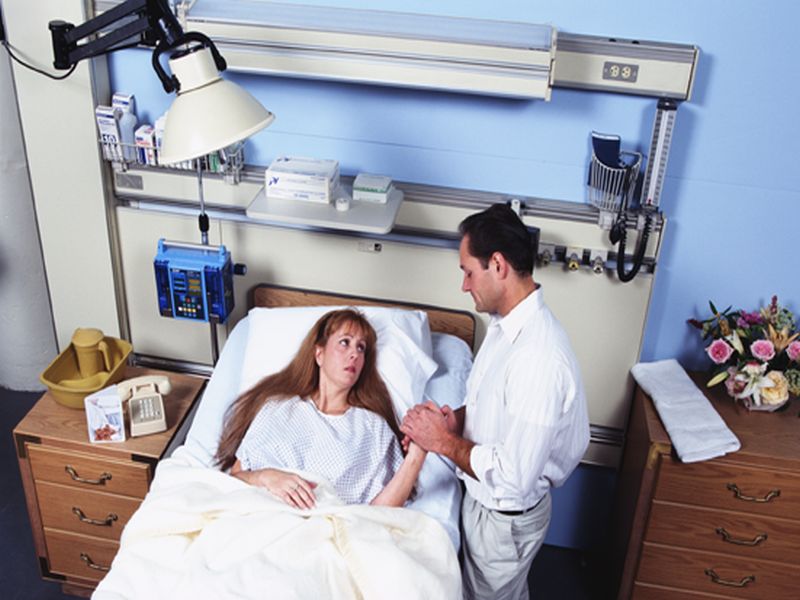 Starting palliative care shortly after a person is diagnosed with incurable cancer helps patients cope and improves their quality of life, a new study shows.

Palliative care, also called comfort care, is given to improve the quality of life for patients who have a life-threatening disease or terminal illness, such as cancer. The goal is not to cure the patient, but to manage the symptoms of the disease, according to the U.S. National Cancer Institute.

The new study included 350 people recently diagnosed with incurable lung or gastrointestinal cancer. They were randomly assigned to one of two care groups. One group received early palliative care integrated with cancer care. The other received cancer care alone.

Early palliative care patients also had much higher quality of life and lower levels of depression at 24 weeks, but not at 12 weeks, the study found.

The study was presented recently at an American Society of Clinical Oncology (ASCO) meeting in San Francisco. Findings presented at meetings are generally viewed as preliminary until they’ve been published in a peer-reviewed journal.

“What we found was the patients who received early palliative care were more likely to use adaptive coping strategies — meaning they were more likely to take some action to make their lives better as well as to accept their diagnosis,” lead author Joseph Andrew Greer said in an ASCO news release.

“Palliative care is a key ingredient to improving a quality of life, which is important to both patients and their families,” said Greer. He’s clinical director of psychology and a research scientist at Massachusetts General Hospital.

“A diagnosis of cancer is never easy for patients, so it is promising that we now have a strategy of early palliative care that can help patients cope while improving their quality of life,” Epstein said.

The Center to Advance Palliative Care has more on palliative care.