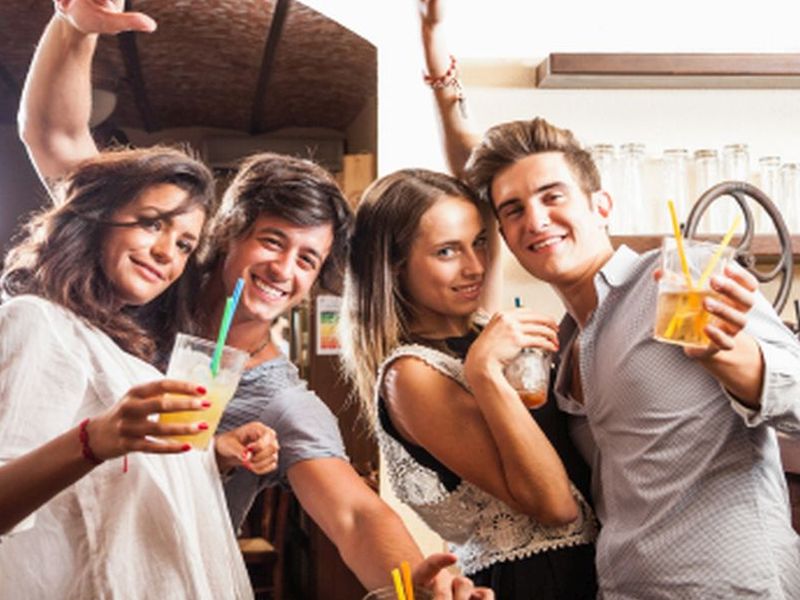 If you’re drinking, the people around you can influence how drunk you think you are, a new British study suggests.

Researchers assessed more than 1,800 drinkers, average age 27, in bars and other places that serve alcohol. They found that the drinkers’ perceptions of their level of drunkenness and the associated health risks were related to the drunkenness of the people around them, rather than the actual amount of alcohol they had consumed.

Specifically, the drinkers were more likely to underestimate these levels and risks when surrounded by others who were also drunk, but felt more at risk when around those who were more sober.

The findings were published Sept. 12 in the journal BMC Public Health.

The findings have “very important implications for how we might work to reduce excessive alcohol consumption,” said study corresponding author Simon Moore, a professor of public health research at Cardiff University in Wales.

“We could either work to reduce the number of very drunk people in a drinking environment, or we could increase the number of people who are sober. Our theory predicts the latter approach would have greatest impact,” he explained in a journal news release.

The study is the first to examine how people judge their levels of drunkenness and the health risks while drunk in actual drinking situations, according to Moore.

“Researchers have historically worked under the assumption that those who drink most alcohol incorrectly ‘imagine’ everyone else also drinks to excess. It turns out that irrespective of how much someone has drunk, if they observe others who are more drunk than they are, they feel less at risk from drinking more,” he said.

Further research is needed to assess how friends influence that perception, the study authors said.

The U.S. Centers for Disease Control and Prevention has more on alcohol.