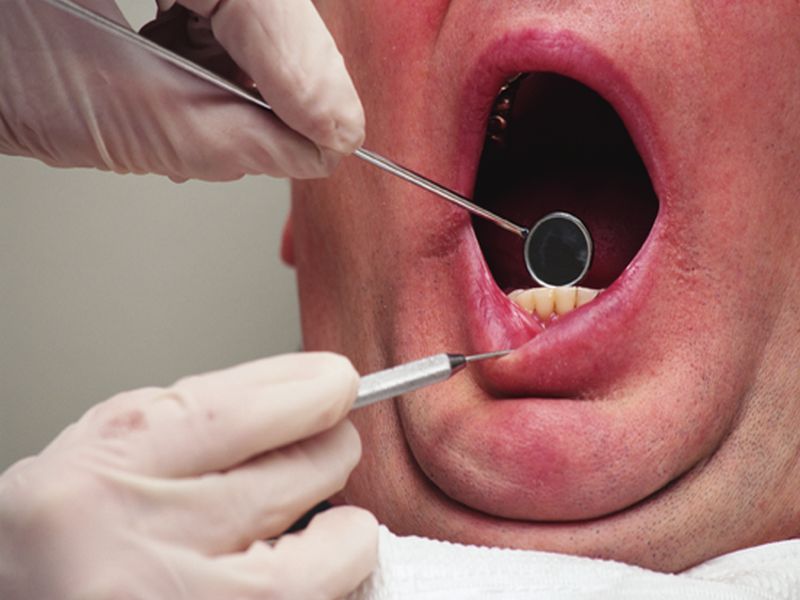 More than half of the narcotic painkillers prescribed after wisdom teeth removal go unused, according to a new study that suggests this could contribute to the U.S. opioid epidemic.

“When translated to the broad U.S. population, our findings suggest that more than 100 million opioid pills prescribed to patients following surgical removal of impacted wisdom teeth are not used, leaving the door open for possible abuse or misuse by patients, or their friends or family,” said study author Dr. Brandon Maughan.

Previous studies have shown that many painkiller abusers take extra pills that were prescribed for friends or relatives, Maughan and his colleagues at the University of Pennsylvania’s Perelman School of Medicine and School of Dental Medicine, noted in a school news release.

For the study, the researchers examined painkiller use by 79 patients who had their wisdom teeth removed. Three weeks after surgery, only five patients had finished their prescribed opioids, which included powerful drugs like Vicodin or Percocet, the findings showed.

“Results of our study show within five days of surgery, most patients are experiencing relatively little pain, and yet, most still had well over half of their opioid prescription left,” said study co-author Dr. Elliot Hersh.

“While opioids can play a role in acute pain management after surgery, they should only be added in limited quantities for more severe pain,” he said.

Hersh is a professor in the department of oral and maxillofacial surgery and pharmacology at Penn Dental Medicine in Philadelphia.

In this study, an opioid prescription was given to 94 percent of the patients to help manage their pain after surgery. Roughly eight out of 10 also received a prescription-strength nonsteroidal anti-inflammatory drug (NSAID) and/or a prescription antibiotic.

On average, patients with no post-surgical complications received prescriptions for 28 opioid pills. Three weeks after their procedure, they had an average 15 pills remaining, leaving more than 1,000 opioid pills unused, the researchers estimated.

The findings were published Sept. 22 in Drug and Alcohol Dependence.

However, the study also showed that providing information about drug disposal programs led to a 22 percent increase in the number of patients who properly disposed of their unused medications or planned to do so.

“Given the increasing concern about prescription opioid abuse in the United States, all prescribers — including physicians, oral surgeons and dental clinicians — have a responsibility to limit opioid exposure, to explain the risks of opioid misuse, and educate patients on proper drug disposal,” said Maughan. He’s now with the Lewin Group, a health policy consulting firm.

“Expanding the availability of drug disposal mechanisms to community locations that patients regularly visit — such as grocery stores and retail pharmacies — may substantially increase the use of these programs,” Maughan suggested.