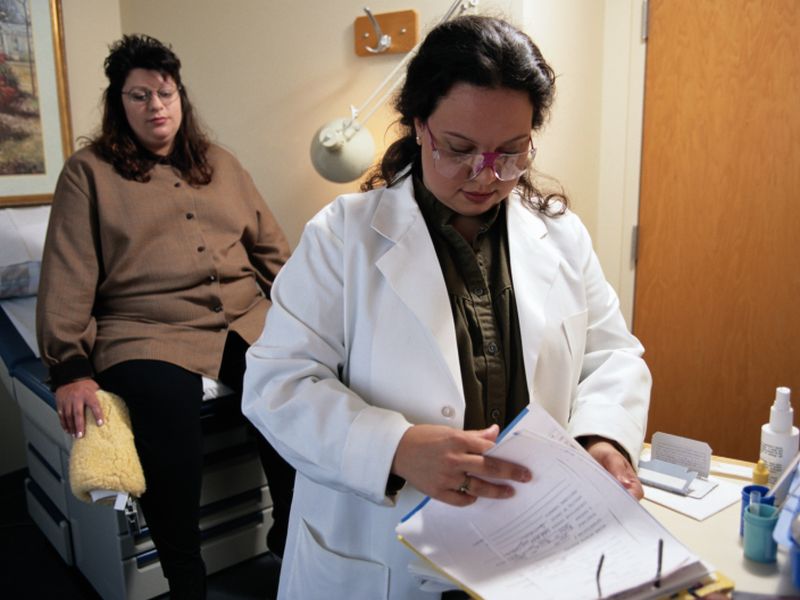 Younger heart attack survivors who struggle to afford health care and medications have worse outcomes than those who don’t, a new study finds.

“Our study emphasizes that patients need us to think about their social needs, not just their clinical symptoms,” said study senior author Dr. Erica Spatz.

Spatz is an assistant professor of medicine at Yale School of Medicine in New Haven, Conn.

“We have not completed our job if we discharge patients from the hospital and recommend they use medications or services like cardiac rehab that they cannot afford,” she added in a Yale news release.

In the study, the researchers surveyed more than 3,400 heart attack survivors aged 18 to 55 in the United States and Spain, one month and 12 months after their hospitalization.

Nearly one-third of the patients said they struggled to afford health care services and one-fifth had difficulty affording medications. These problems were more common among women than men.

Those who faced financial barriers reported worse quality of life, more symptoms of depression, and more stress, according to the researchers.

“We suspected women may experience greater challenges than men — they often have lower income and less complete medical coverage than men, and care for multiple generations of family, and that this may in part explain why young women have worse outcomes following a heart attack as compared with similarly aged men,” said study first author Adam Beckman.

Beckman is a recent graduate of the Yale Global Health Scholars program.

The study was published recently in the Journal of the American Heart Association.

The American Academy of Family Physicians has more on heart attack.