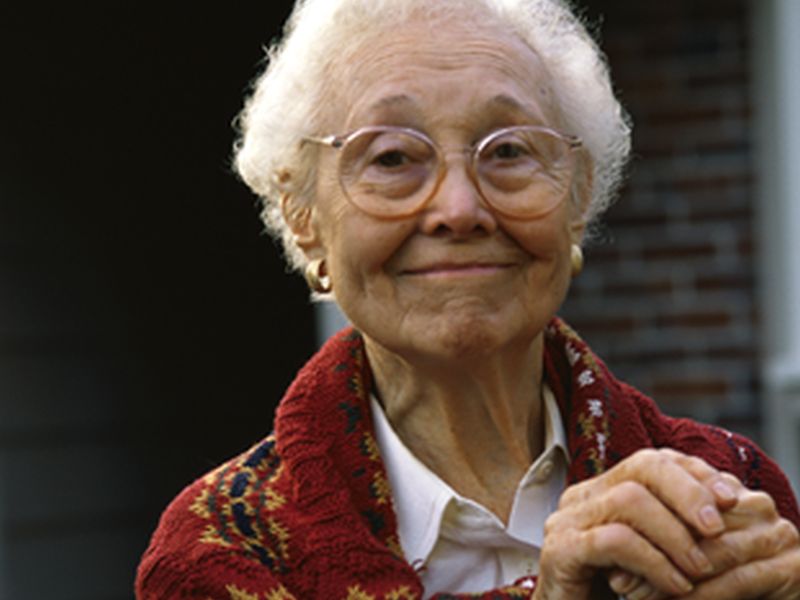 In a discovery that challenges conventional thinking, researchers report that several people over the age of 90 had excellent memory even though their brains showed signs that they had Alzheimer’s disease.

The meaning of the findings isn’t entirely clear. The elderly people, whose brains were studied after their deaths, may have been in the early stages of Alzheimer’s, although the researchers said they doubt this. It’s also possible that something about these people — or their brains — could have kept dementia symptoms in check.

“The implication is that factors protect some elderly people” from the brain-clogging proteins that are thought to cause Alzheimer’s, said study author Changiz Geula. He is a research professor of cognitive neurology at Northwestern University Feinberg School of Medicine in Chicago.

“Investigation of these factors is crucial if we are to help individuals with Alzheimer’s disease live a normal life, and even to help [other] elderly people avoid the natural decline in cognition that comes with age,” Geula added.

However, one Alzheimer’s expert said the findings aren’t conclusive.

In the new study, the researchers sought to better understand the link between the brain-clogging material and Alzheimer’s. The investigators examined the brains of eight people in their 90s who’d performed at high levels on memory tests — and in normal ranges on other thinking tests — while they were alive.

The brains of three of the elderly people showed signs of Alzheimer’s disease even though they scored at high levels on the memory tests. The researchers also found that cells in the part of the brain that’s responsible for memory were more intact in these people than in the brains of people with dementia.

One possible explanation is that something about these seniors protected their nerve cells and brains against the effects of plaques and tangles, Geula said. It’s not clear what those factors could be.

Dr. David Holtzman, chairman of the department of neurology at Washington University School of Medicine in St. Louis, said it’s “very likely” that the seniors had early Alzheimer’s disease that hadn’t yet caused symptoms. It can take about 15 years for plaques to accumulate in the brain — and a few years for tangles — before Alzheimer’s symptoms appear, he said.

Holtzman said it’s “not clear” that something about these particular people protected them from Alzheimer’s symptoms. And he added that there’s nothing to suggest that tangles and plaques aren’t actually linked to Alzheimer’s.

What’s next? Geula said the research team’s first task is to better understand the status of the brain cells in question in a much larger group. The researchers also want to know whether other aspects of the brain are being affected, he said.

Another goal, Geula added, is to launch genetic testing to see if these people have inherited genetic variations that could protect them against a decline in thinking skills.

The findings were scheduled for presentation Monday at the Society for Neuroscience annual meeting, in San Diego. Research presented at medical meetings is considered preliminary until published in a peer-reviewed journal.

For more about Alzheimer’s disease, visit the U.S. Centers for Disease Control and Prevention.