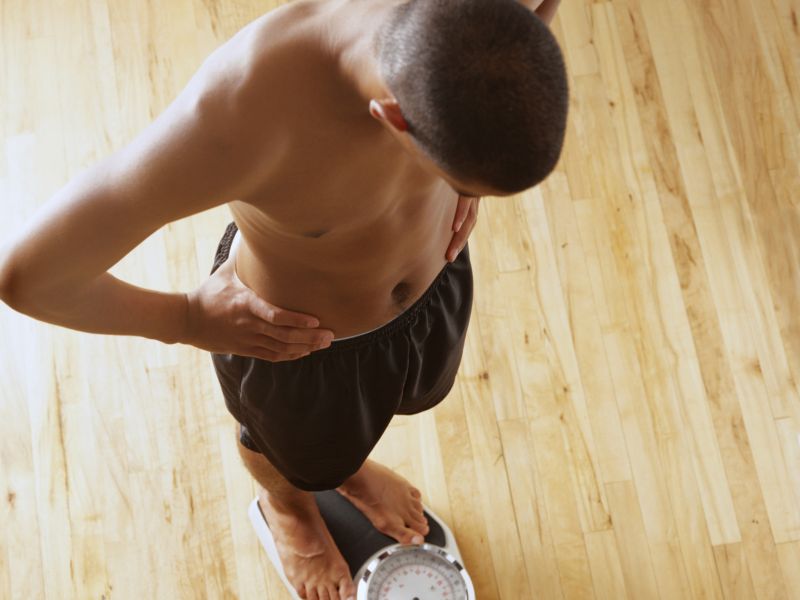 Investigators found that a 45-year-old without those three key risk factors has as much as an 86 percent lower risk for heart failure compared with someone with poor control of weight, blood pressure and blood sugar.

“This paper provides more evidence to demonstrate the importance of a heart-healthy lifestyle,” said study co-author Dr. John Wilkins. He’s a cardiologist and assistant professor of medicine and preventive medicine at the Northwestern University Feinberg School of Medicine in Chicago.

Good lifestyle habits can help prevent obesity, high blood pressure and diabetes in many people, “which will substantially reduce their chances of developing cardiovascular disease later in life,” Wilkins said.

According to another heart specialist, Dr. Gregg Fonarow, “This means doing everything necessary to maintain a healthy body weight — including eating a heart-healthy diet and remaining physically active, and having regular monitoring to ensure healthy blood pressure and blood sugar levels.”

The new report indicates that “while there are therapies available once heart failure develops, the most effective strategy is to prevent heart failure in the first place,” said Fonarow. He is a professor of cardiology at the University of California, Los Angeles.

Heart failure affects an estimated 5.7 million adults in the United States. The disabling condition occurs when the heart can no longer pump enough blood and oxygen throughout the body.

The U.S. Centers for Disease Control and Prevention says that about half of those who develop heart failure will die within five years.

For this study, Wilkins and his associates analyzed data from four heart studies launched across the United States between 1948 and 1987.

Through 2007-2008, the researchers tracked outcomes for over 19,000 men and women whose heart health was assessed at age 45. The investigators followed another 24,000 whose heart status was determined at age 55.

Heart failure developed in nearly 1,700 participants tested at 45, and in almost 3,000 of those examined at 55, the findings showed.

But men who were free of high blood pressure, diabetes and obesity at 45 went on to live free of heart failure almost 11 years longer than men who had all three conditions. For women, the advantage was about 15 years, the study found.

On average, men and women without any of those three heart risks lived 35 years and 38 years longer, respectively, without developing heart failure.

Similar trends were seen among those assessed at 55, the researchers said.

Of the three heart-failure risk factors cited, diabetes appeared to have the greatest effect. Those without diabetes at 45 lived about nine to 11 years longer without heart failure, compared with those who did have the blood-sugar disease.

According to Fonarow, “this study quantifies the degree to which preventing the onset of high blood pressure, obesity, and diabetes can pay huge dividends in terms of lifelong health free from heart failure, cardiovascular disability, large health care expenditures, and premature cardiovascular death.”

Lona Sandon, an assistant professor of clinical nutrition at the University of Texas Southwestern Medical Center at Dallas, noted that to enjoy these benefits, many Americans may first need to adjust their behavior.

“We need to make some pretty intense changes to our eating habits and physical activity,” she said.

Physical activity is no different, Sandon added. “Many of us spend way too much time in sedentary environments. The 30 to 60 minutes you might squeeze in at the gym a few times a week barely scratches the surface to help support a healthy weight, blood pressure and reduce diabetes risk,” she said.

The findings were published online Nov. 28 in JACC: Heart Failure.

There’s more on heart failure at the American Heart Association.