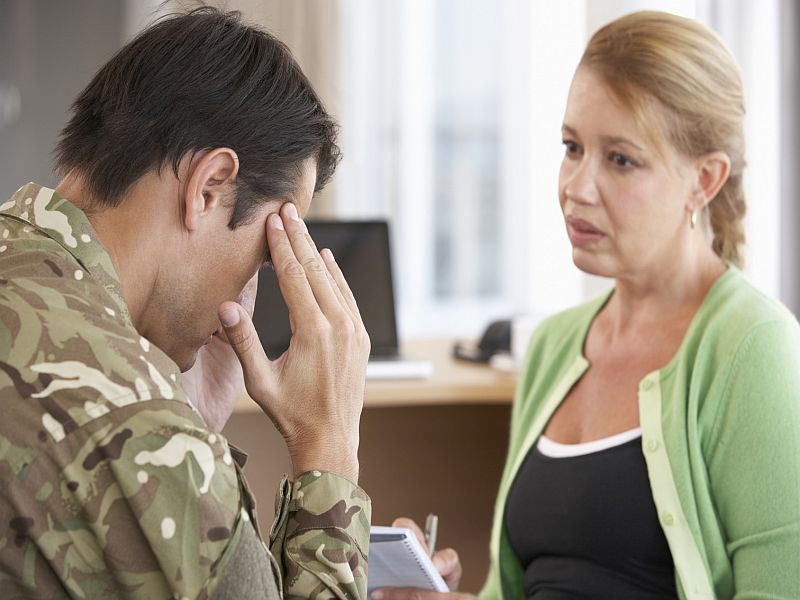 Could concussions speed up the mental decline of people already at risk for Alzheimer’s disease?

In a new study, researchers examined 160 U.S. veterans of the Iraq and Afghanistan wars. The investigators found that concussions seem to accelerate Alzheimer’s disease-related brain deterioration and mental decline in people who are at genetic risk for the disease. However, the study did not prove that concussions cause Alzheimer’s risk to rise.

“We found that having a concussion was associated with lower cortical thickness in brain regions that are the first to be affected in Alzheimer’s disease,” said study corresponding author Jasmeet Hayes. She is an assistant professor of psychiatry at Boston University School of Medicine.

“Our results suggest that when combined with genetic factors, concussions may be associated with accelerated cortical thickness and memory decline in Alzheimer’s disease-relevant areas,” Hayes said in a university news release.

The researchers said that the veterans in the study were relatively young, with an average age of 32.

“These findings show promise for detecting the influence of concussion on neurodegeneration early in one’s lifetime, thus it is important to document the occurrence and subsequent symptoms of a concussion, even if the person reports only having their ‘bell rung’ and is able to shake it off fairly quickly,” Hayes said.

The study authors suggested that the research may lead to identification of concussion-related mechanisms that accelerate brain diseases, such as Alzheimer’s, Parkinson’s and chronic traumatic encephalopathy (CTE). CTE has recently made news as a degenerative brain disease that affects athletes — pro football players, in particular — with a history of repetitive head trauma.

“Treatments may then one day be developed to target those mechanisms and delay the onset of neurodegenerative [disease],” concluded Hayes, who is also a research psychologist at the National Center for PTSD, in the VA Boston Healthcare System.

The study was published online Jan. 12 in the journal Brain.

The U.S. Centers for Disease Control and Prevention has more on concussion.