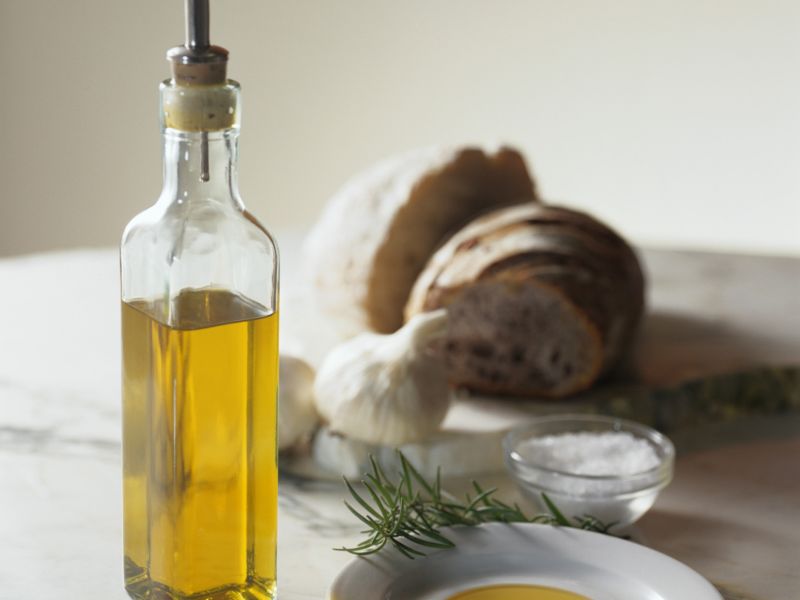 Kids who follow a Mediterranean diet — high in fruits, vegetables and “good” fats — may be less likely to have attention deficit hyperactivity disorder (ADHD), a small study suggests.

Research on 120 children in Spain found that those with “low adherence” to the traditional Mediterranean diet were seven times more likely to have ADHD.

In general, kids with ADHD ate fewer fruits, vegetables and fatty fish — and more junk food and fast food, according to the study findings.

However, the findings point only to a correlation and not a cause-and-effect link between the Mediterranean diet and ADHD, said experts who were not involved in the study.

No one knows whether the diet can actually ward off the attention and behavior problems associated with ADHD.

Still, the findings do seem to mesh with some past research, said Gallagher, an associate professor of child and adolescent psychiatry at NYU Langone Child Study Center in New York City.

Studies have hinted that omega-3 fatty acids can help lessen ADHD symptoms. And the Mediterranean diet tends to be high in those fats, which are largely derived from oily fish such as salmon, mackerel and tuna.

And regardless of whether the diet affects ADHD, it’s still a generally healthy one that parents can encourage, Gallagher said.

“This is the type of diet that’s recommended for everyone, for their overall health,” he pointed out.

The traditional Mediterranean diet is typically rich in fruits and vegetables, whole grains, beans, and healthy fats from foods like olive oil and nuts. It also favors fish and poultry over red meat.

In the United States, roughly 11 percent of kids ages 4 to 17 have been diagnosed with ADHD, according to the U.S. Centers for Disease Control and Prevention.

But research on the topic has not produced many solid answers.

In the 1970s, Gallagher noted, the so-called Feingold diet came into vogue. It advised parents to rid their child’s diet of artificial dyes and preservatives, plus some fruits and vegetables.

Since then, though, research has failed to show that approach is effective, Gallagher said.

There has also been evidence linking deficiency in certain nutrients, like iron and zinc, to ADHD.

For the new study, researchers at the University of Barcelona in Spain wanted to see whether an overall diet pattern — and not just an individual nutrient — was related to ADHD risk.

With funding from the Spanish government, they recruited 120 children and teenagers ages 6 to 16. Half had recently been diagnosed with ADHD.

The kids received a score based on how well their typical meals matched the traditional Mediterranean diet.

Of those with ADHD, 30 percent were deemed to have “good” adherence, compared with 63 percent of their classmates without the disorder.

The researchers also looked at parents’ education levels, whether kids were breast-fed and whether they exercised regularly or were overweight.

In the end, children with “medium” to “low” adherence to the Mediterranean diet were about three to seven times more likely to have ADHD.

Like Gallagher, he said the study findings leave the “chicken-and-egg question” open.

“Kids’ impulsivity can manifest in their eating habits,” Hollander said.

If the Mediterranean diet does have benefits, he added, it’s not clear whether it’s because of the eating plan as a whole or because of specific components, like omega-3 fats.

“One thing we try to do in managing ADHD is to encourage positive habits, across the board,” Hollander said.

That, he noted, includes getting kids into routines, like tackling their homework as soon as they get home, or having structured activities every day.

A separate study looked at a different environmental factor in ADHD: mothers’ smoking during pregnancy. Some past research has found that kids exposed to cigarette smoke in the womb have a higher risk of ADHD.

But the new Norwegian study, of more than 100,000 children, found no evidence of that. Instead, the researchers said, the link seen in past studies is probably explained by different factors, including genetics and other environmental exposures.

They added, of course, that there are still plenty of reasons for women to quit smoking before pregnancy.

Both studies were published online Jan. 30 in the journal Pediatrics.

The American Academy of Pediatrics has more on ADHD.