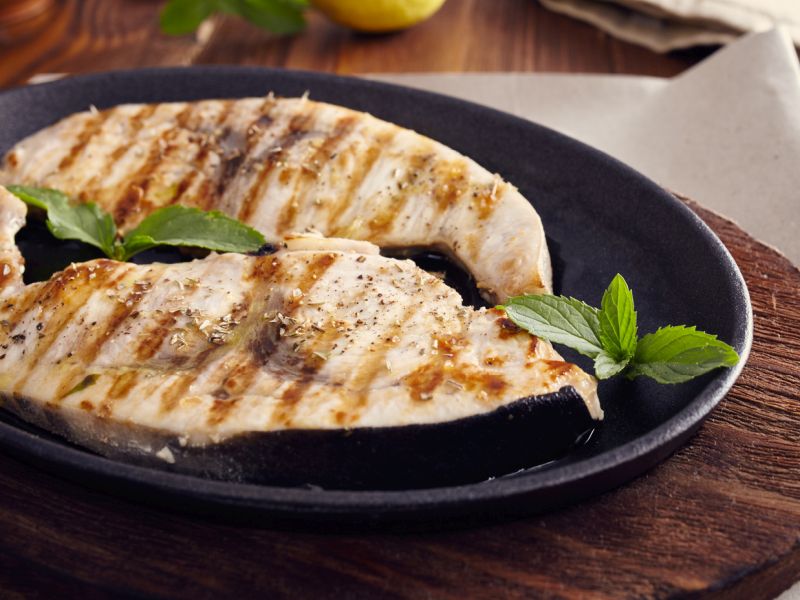 The report warns of possible harm from fish containing the most mercury, such as swordfish and shark. It doesn’t suggest a higher risk of ALS from general consumption of seafood.

“But questions remain about the possible impact of mercury in fish,” Stommel said in an American Academy of Neurology news release

The study of 500-plus people found that seafood eaters who ate the most mercury-heavy fish may face double the risk of developing ALS.

However, the study only established a link between the two, not a cause-and-effect relationship.

Mercury is a toxic metal that occurs naturally in the environment. It tends to be lower in fish such as salmon and sardines, and the study authors stressed that seafood confers many health benefits. But they suggested paying attention to what type of seafood you eat.

ALS, an incurable neurodegenerative disease, is also called Lou Gehrig’s disease in memory of the legendary baseball player who died from it. It often starts with muscle weakness or twitching and eventually develops into complete paralysis and death.

In the United States, just over 6,000 people are diagnosed with ALS each year, according to the ALS Association.

What causes ALS is unknown, but some research has identified mercury as a risk factor. Americans most commonly encounter mercury when they eat fish that contains it, the researchers pointed out.

For the study, the researchers surveyed 294 people with ALS and 224 without it.

Participants were asked about their seafood consumption and whether they caught it themselves or bought it. The researchers then estimated how much mercury the participants consumed annually. They also tested participants’ toenail clippings for mercury content.

Among regular seafood eaters, people in the top quarter of mercury consumption were at twice the risk of ALS, the researchers determined. People with the highest mercury levels, based on toenail clippings and diet, also had twice the risk, they said.

The U.S. Food and Drug Administration suggests that children and women of childbearing age eat two to three meals a week of fish like salmon, cod and sardines that are high in nutrients and lower in mercury. The FDA recommends against fish like shark, marlin and swordfish because of their higher mercury content.

The study results are scheduled for release at the American Academy of Neurology’s annual meeting April 22-28, in Boston. Research presented at conferences should be considered preliminary until published in peer-reviewed medical journals.