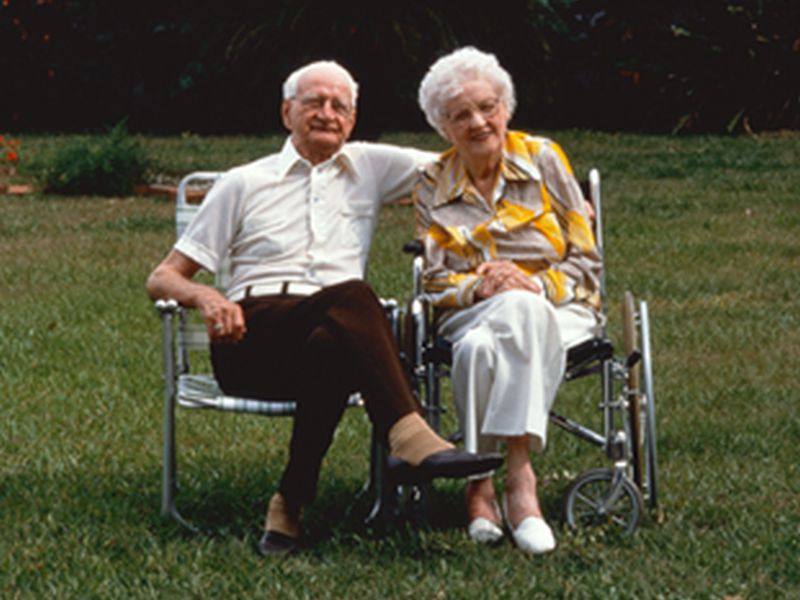 Being thrust into the role of caring for a spouse or partner who’s had a stroke can be terribly unsettling. But in a small study, men reported more successes than problems in their first year of caregiving.

A majority of men in the study (54 percent) worked full-time while caring for their spouse and assuming household tasks, such as cooking, cleaning and paying the bills. They spent two to 16 hours a day giving care, the study found.

Despite the upheaval to their lives, the men seemed to rise to the occasion, the researchers reported.

“Their successes were building blocks in supporting their partners and, in most cases, the successes made their relationships stronger,” said Linda Pierce, the study’s lead author. Pierce is a professor at the University of Toledo College of Nursing.

Not only does stroke disrupt the life of the person stricken by this often debilitating condition, but its effects ripple throughout the family providing care to their loved one, Pierce and her colleagues explained.

Most of the published research on stroke family caregiving involves female caregivers, observed Jill Cameron, an associate professor in the University of Toronto’s department of occupational science and occupational therapy.

This study is “a good starting point,” said Cameron, who wasn’t involved in the research. “I think it’s providing new insight.”

For Pierce, the topic hits close to home. She and her father, along with her husband and two children, cared for her mother, a stroke victim, for five years.

“It was not an easy undertaking and I saw my Dad struggle day-to-day in caring for my mother,” she said.

To tease out the problems and successes that male caregivers experience, researchers interviewed 13 men who were caring for their partners after a stroke. All of the men were white and most were high school graduates. They were 62 years old, on average, and rated their health as very good or excellent.

In twice-a-month phone interviews over a year-long period, the men talked about learning new routines, such as household maintenance, and taking on new tasks, such as keeping track of all the medications.

In all, the researchers identified 275 problems and nearly 400 successes in caring.

Problem areas included adjusting to feeling physically, mentally and emotionally exhausted. The men felt “overwhelmed” at times or as if they were on “an emotional roller coaster,” Pierce said.

The men also struggled to multitask in their daily lives and to return to normal after their partners’ strokes. The caregivers reported difficulties recognizing their partners’ physical and mental disabilities, and dealing with outside forces and limited resources.

Encouragingly, successes outnumbered problems. Pierce said the men felt more self-assured as their partners gained strength and were able to walk or use a wheelchair. They were uplifted when, for example, they were able to cheer up their partners or when each stayed positive about the woman’s recovery.

The study authors suggested that the findings may help inform strategies to help male caregivers achieve balance in their lives. Participating in weekly support groups can give men an opportunity to express their feelings, and seeking out at-home nursing care or household help can give them a physical and mental break, Pierce said.

Cameron said caregivers often want assurance that what they’re experiencing is normal, and they “definitely adjust over time” as they gain confidence.

Pierce was scheduled to present the study findings Tuesday at the International Stroke Conference in Houston. Findings presented at meetings are generally viewed as preliminary until they’ve been published in a peer-reviewed journal.