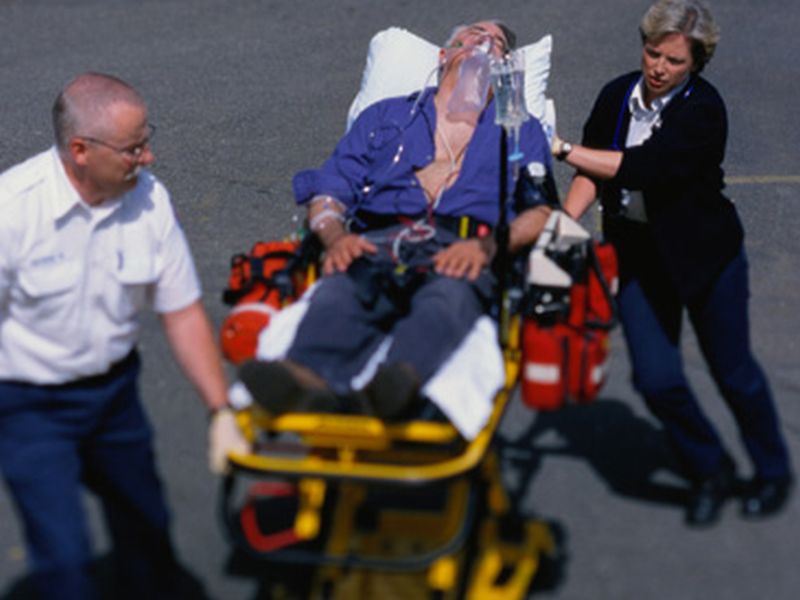 The way a patient’s head is positioned by health care professionals right after a stroke doesn’t seem to have any bearing on how well he or she will fare, new research indicates.

The finding stems from an analysis of more than 11,000 patients from 114 hospitals in nine countries.

The researchers set out to assess whether having a patient lie flat following a stroke caused by a clot might improve or harm recovery over the ensuing three months.

The investigators also looked at the potential impact of having a patient sit up at a 30-degree (or higher) angle right after being hospitalized for a bleeding stroke.

Most of the study patients had suffered a stroke resulting from a clot in the brain (ischemic stroke), and 60 percent of the patients were men, with an average age of 68.

The research was sparked by the notion that lying flat after suffering an ischemic stroke would increase blood flow to the brain, which in turn might have a beneficial impact. That theory was not borne out by the analysis, the study authors said.

The other possibility was that a reduction in swelling prompted by having patients sit up after suffering a large, hemorrhagic stroke (involving bleeding in the brain) might boost recovery. But that was not the case, the researchers said.

At the same time, neither position seemed to impede recovery, according to the report.

The investigation was led by Dr. Craig Anderson of the George Institute of Global Health in Sydney, Australia. He and his colleagues were scheduled to present their findings Wednesday at the International Stroke Conference in Houston.

There’s more on stroke treatment at the American Stroke Association.