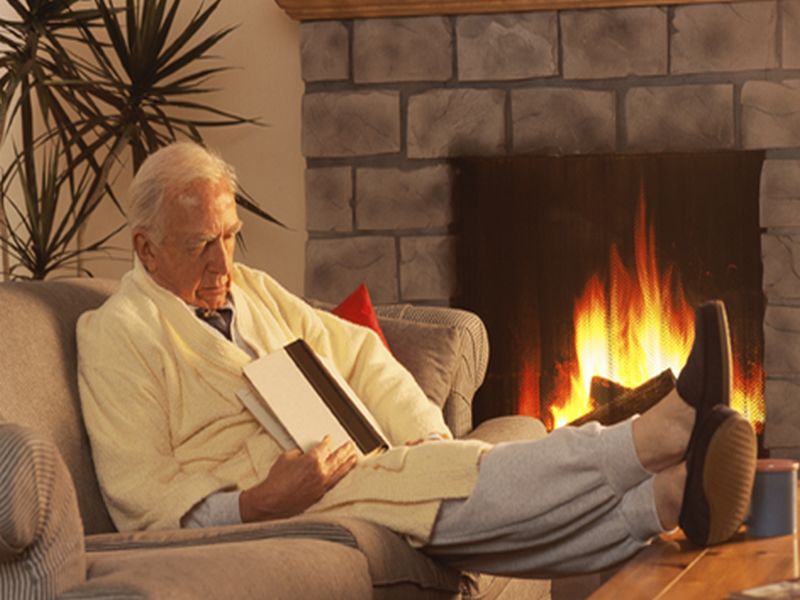 Seniors who begin sleeping more than nine hours a night may face a higher risk of dementia down the road, a new study suggests.

The researchers estimated that the risk of dementia grew by almost 2.5 times for those who found themselves recently needing extra sleep. The chances of dementia rose sixfold for people without a high school degree who suddenly needed to sleep nine hours or more, the study contended.

The study authors said this finding hinted that education might somehow offer a bit of protection from dementia.

People with dementia often suffer from disrupted sleep, “but we don’t know much about whether these changes come first,” said study co-author Matthew Pase. He’s a neurology fellow at the Boston University School of Medicine.

Dementia “is by no means a certain fate” in those who find themselves sleeping longer as they age, Pase said. The new study only found an association between added sleep and dementia, not cause and effect.

Still, Pase thinks monitoring sleep habits might be a good idea in certain cases. “If someone reported recently becoming a longer sleeper, they could undergo a memory assessment,” he suggested.

Past research in this area compared people who already had dementia to those who didn’t have it, instead of tracking people over time, he noted.

The new study tried a different strategy, Pase said. “We asked a very basic question: How does one’s sleep duration relate to being diagnosed with clinical dementia in the future?”

The researchers looked at seniors in the Framingham Heart Study, which has tracked people and their descendants in a Massachusetts community since 1948. The researchers followed two groups of older people — all over 60 — from 1986-1990 and 1998-2001 onward.

Nearly 2,500 people were included in the study. Their average age was 72. Fifty-seven percent were women.

Over 10 years, 10 percent of the participants were diagnosed with dementia, with the wide majority thought to have Alzheimer’s disease.

The researchers didn’t find any heightened dementia risk in people who’d been sleeping nine or more hours a night for more than an average of 13 years.

But those who’d begun sleeping more than nine hours recently had nearly double the risk of dementia compared to other people — 20 percent of the new long-sleepers were diagnosed with dementia.

Pase said it appears that the extra sleep is a sign of something else, not a direct cause of dementia. It could indicate chemical changes that are happening in the brain, he said.

Or, he said, the development of dementia could make people more tired.

Dementia tests may be appropriate for older people who notice they’re sleeping longer, Pase said. But he doesn’t recommend people try to wake up earlier.

“They shouldn’t restrict sleep,” he said. “There are no implications for treatment based on our findings.”

Dr. Jiu-Chiuan Chen is an associate professor with the Keck School of Medicine at the University of Southern California. He wasn’t involved with the study, but said the research seems valid.

Chen agreed that there’s no need to offer any special treatment to older people who start to sleep over nine hours, because it’s not yet clear what’s going on.

The next step for researchers is to study people as they sleep to better understand how sleep and dementia are connected, Pase said.

The study appears Feb. 22 in the journal Neurology.

For more about how much sleep people need, visit the U.S. Centers for Disease Control and Prevention.