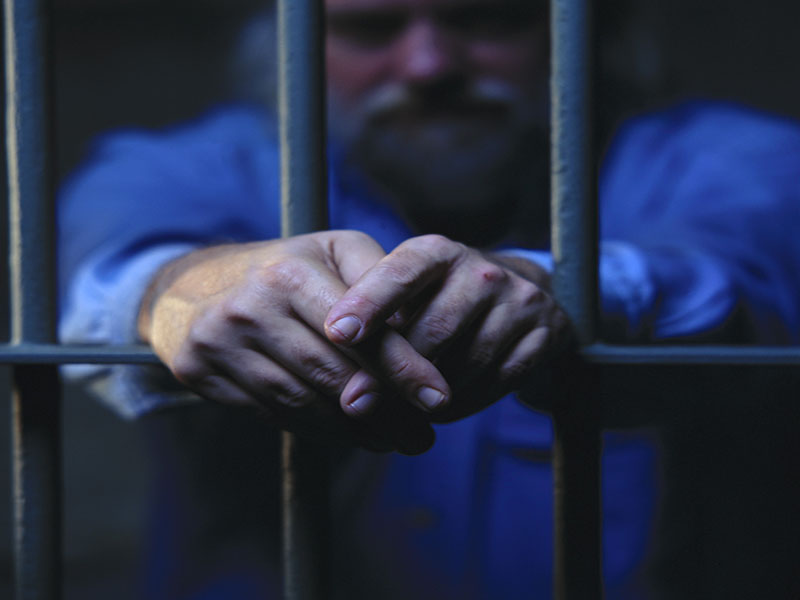 Being behind bars puts people at greater risk for both developing certain types of cancer and dying from their disease, Canadian researchers found.

“We know that people who spend time in jails and prisons in Canada are more likely to use alcohol and tobacco, as well as have infections such as HPV (human papillomavirus) and HIV, which can increase the risk of developing some types of cancer,” said study author Dr. Fiona Kouyoumdjian. She is a researcher at St. Michael’s Hospital and McMaster University in Toronto.

For the study, the researchers followed nearly 50,000 people sentenced to jail time in Ontario in 2000. Specifically, the investigators examined how many of these inmates developed cancer and how many died from the disease over the course of 12 years.

During the 12-year study, 1.1 percent of the men and 0.9 percent of the women who spent time in jail or prison died from cancer, according to the report.

After taking their age into account, the researchers found the death rate among people who spent time in jail was 1.6 times higher for men and 1.4 times higher for women than in the general population in Ontario.

Among the men who were in prison, the death rate was higher for any type of cancer, lung cancer, liver cancer, as well as head and neck cancer. For the women, the death rate was higher for lung, liver, and head and neck cancers. These women were also three times more likely than women in the general population to die from cervical cancer, the study authors said.

The researchers noted that risk factors for cancer could be more prevalent among prison populations, and added that cancer prevention efforts should target this high-risk group.

“Incarceration represents a chance to help people improve their health through the provision of services and linkage with programs in the community,” Kouyoumdjian said in a St. Michael’s news release.

“Specific strategies that could prevent cancer in this population include smoking cessation, vaccination for HPV and [hepatitis B virus], Pap screening and treatment for hepatitis C,” she said. “And these strategies could have a large impact given that many people who experience incarceration are quite young.”

The findings were published online Feb. 22 in the journal PLOS One.

The U.S. National Cancer Institute has more about risk factors for cancer.