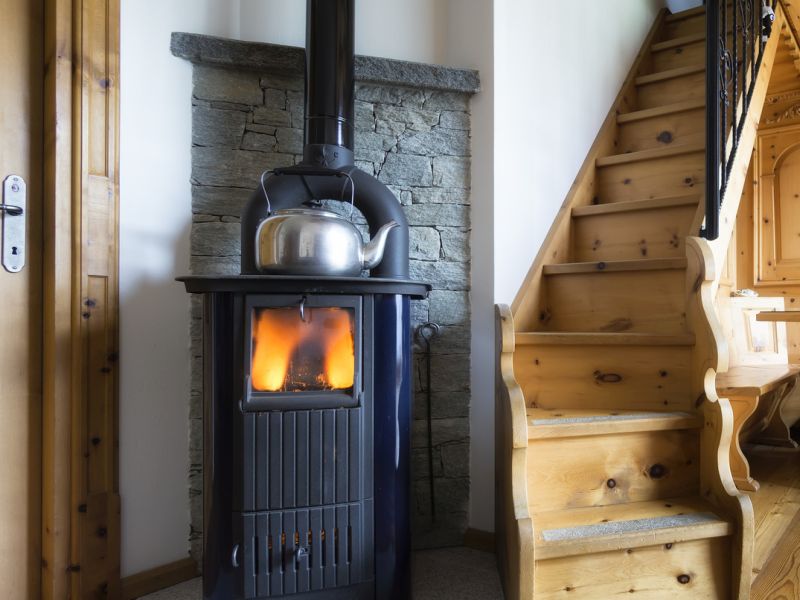 It’s still winter, and many people are firing up their wood stoves.

But a new Canadian study suggests that pollution from wood-burning stoves may raise the risk of heart attack among older people living nearby.

“This suggests that the source of pollution matters and that all particulate air pollution is perhaps not equally harmful when it comes to cardiovascular disease,” said study author Scott Weichenthal, a professor at McGill University in Montreal.

The study couldn’t prove cause and effect, but did find that higher levels of fine particulate air pollution from wood stoves may be tied to increased hospitalizations for heart attack.

For example, during cold months, when pollution from wood stoves is highest, there was a 19 percent increase in the risk of heart attack among people 65 and older, the researchers found.

“We noticed that the association was stronger when more of the air pollution came from wood burning,” Weichenthal said in a university news release.

Two experts in lung health said the findings are in keeping with studies done elsewhere.

“Exposure to fumes from biomass combustion, such as those generated by wood-burning indoor stoves, has long been recognized by the medical community as a significant health risk, especially in rural areas of the developing world,” said Dr. Irene Galperin. She directs the Pleural Center at Lenox Hill Hospital in New York City.

“Wood-burning releases small particles into the atmosphere which, when inhaled, can cause direct injury to the lining of the respiratory tract, ultimately leading to inflammation,” she explained. “It is likely that this inflammatory process is not limited to the lungs. When inflammation involves the coronary arteries that feed the heart, it may lead to heart attack.”

Galperin believes more must be done to educate people about the dangers, especially in communities where wood stoves are popular.

Dr. Alan Mensch is chief of pulmonary medicine at Northwell Health’s Plainview Hospital, in Plainview, NY. He agreed with Galperin that the study has an important message.

“The take-away,” he said, “is that what we take into our bodies — either by ingesting or inhaling — has the potential to have profound effects on our health. Other studies should be done to replicate and confirm these results.”

The study was published this week in the journal Epidemiology.