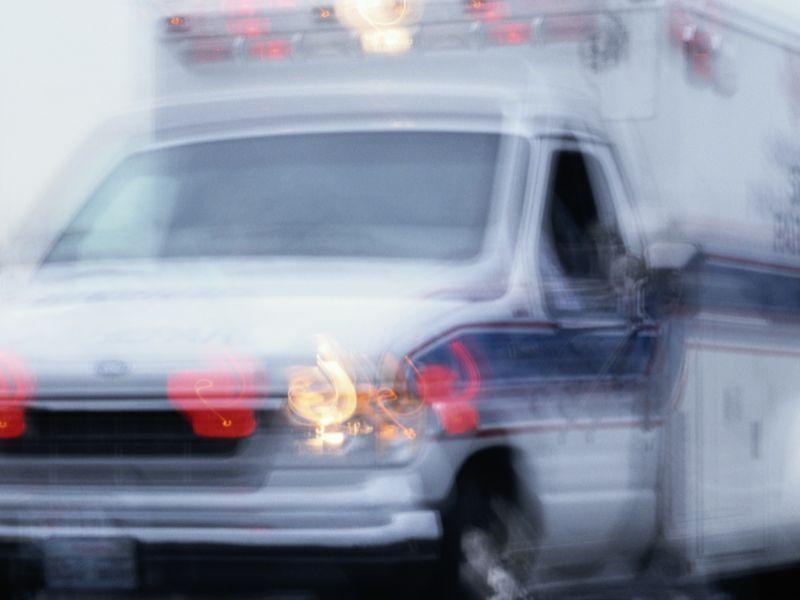 Automated, driver-free cars and trucks may be the wave of the future. But new research suggests many Americans aren’t sold on the idea of a ride in a driverless ambulance.

This new technology does have one potential advantage over current emergency vehicles. Right now, a patient in an ambulance gets medical attention only from one paramedic, while the other crew member drives the vehicle.

But “an automated ambulance would allow patients to get to the hospital much more quickly and smoothly while receiving care from two providers instead of one,” said study co-author Joseph Keebler.

“Automation could be especially important in many regions where emergency medical services are insufficiently funded,” added Keebler, who is an assistant professor of human factors at Embry-Riddle Aeronautical University in Daytona Beach, Fla.

And with prototype driverless cars and trucks already being tested, “it is likely that automated emergency response vehicles may soon be a reality,” he and co-author Stephen Rice wrote in the study.

But how would today’s public react to ambulances with computers instead of people in the driver’s seat?

To find out, the researchers conducted online studies involving more than 1,000 U.S. adults. In one study, people were asked to imagine they had placed a 911 call and one of two scenarios followed: A conventional ambulance arrived with a driver and one attending paramedic, or a driverless ambulance arrived with two paramedics free to help the patient.

That study, involving adults with an average age of 36, found most still preferred getting driven to an ER in a conventional ambulance.

Fewer women than men would be willing to ride in a driverless ambulance, the study found, even if told they would receive care from two paramedics instead of one.

Subsequent research found that people who judged themselves as more “emotional” were less apt to embrace the idea of a driver-free ambulance, the Florida research team said.

“Our results showed that consumers were fairly positive toward the idea of the traditional ambulance configuration, while they had mixed feelings about the autopilot configuration,” said Rice, an associate professor of human factors at Embry-Riddle.

But he also wondered if, over time, people might not warm to the idea of a computer-driven ambulance.

“The novelty of the concept likely heightened people’s emotional responses to it because ambulances on autopilot aren’t a part of our everyday lives at this point,” Rice said in a university news release.

Still, in a medical emergency, predictability can be important to patients.

“If you’re having a heart attack and all of a sudden a driverless vehicle shows up, that would be an unexpected event, which could cause you additional stress,” study co-author Scott Winter said in the news release. He’s an assistant professor of aviation science at Florida Institute of Technology in Melbourne, Fla.

The study was to be presented Monday at the International Symposium on Human Factors and Ergonomics in Health Care conference, in New Orleans. Research presented at scientific meetings is typically considered preliminary until published in a peer-reviewed journal.

The University of Iowa has tips on what to do in an emergency.