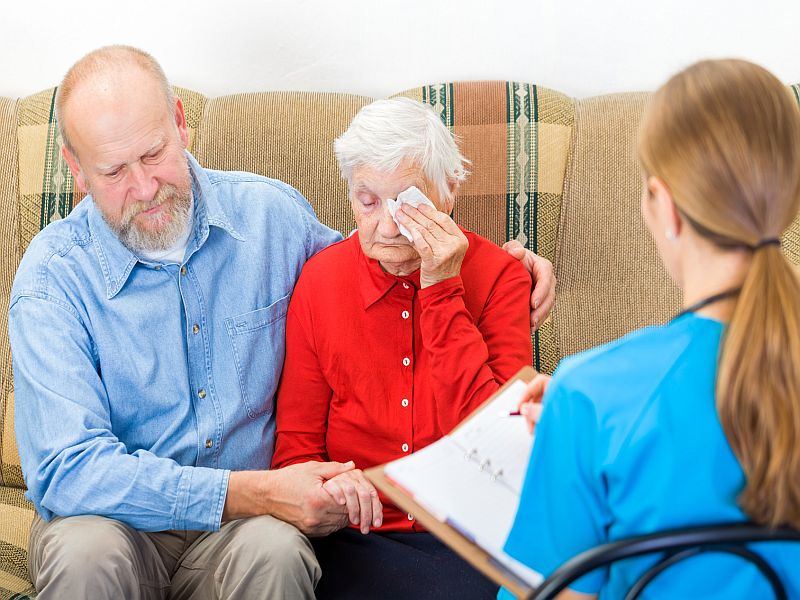 Heart patients who subsequently develop depression may be about twice as likely to die over the next 10 years as those without mental health troubles, a new study suggests.

Depression — which is common after a heart diagnosis — appears to be a greater predictor of death than the type of heart disease, smoking, diabetes status or even age, the researchers said.

Although the findings don’t prove that depression leads to an earlier death, “screening for depression needs to happen continually in these patients, not just right after their heart disease diagnosis,” said study lead author Heidi May.

May is a cardiovascular epidemiologist with the Intermountain Medical Center Heart Institute in Salt Lake City.

It’s estimated that up to one-third of heart attack survivors develop some degree of depression, and doctors have long recognized a two-way link between heart disease and the mood disorder.

The study looked at more than 24,000 adults who were diagnosed with coronary artery disease at two Utah hospitals. They had experienced either a heart attack or angina — chest pain that occurs when the heart doesn’t get enough oxygen-rich blood.

Researchers tracked the patients for an average of 10 years. About 15 percent were diagnosed with depression after their heart disease diagnosis — significantly more than the general population, the study noted.

Compared to patients without depression, the depressed patients were more likely to be female, have diabetes and to have previously been diagnosed with depression.

Half of those with depression died over the decade compared to 38 percent of those without depression. After researchers adjusted their statistics so they wouldn’t be thrown off by various factors, they estimated that diagnosed depression roughly doubled the risk of death.

“Studies have shown that biological changes take place within the body when depression is present, and patients are not as adherent to medications, prescribed behavioral regimens. They also make more poor choices,” May said.

Lana Watkins is an associate professor in psychiatry and behavioral sciences at Duke University in Durham, N.C. Because the study didn’t randomly assign patients to different groups, she said there’s no definitive message from the findings.

“More treatment studies are needed in order to determine whether it is depression itself that is responsible for the increased risk,” said Watkins, who wasn’t involved in the research.

It’s possible, she added, that something else affected death rates, perhaps disease severity or the fact that people with depression may be more likely to have multiple illnesses.

May acknowledged that the study has a major limitation: It didn’t analyze whether depression treatment affected length of survival, so it’s not known how beneficial better screening and timely depression treatment might be. Future research should examine that issue, she said.

Watkins noted that one prior study suggested that successfully treating depression failed to reduce death risk in patients after a heart attack. “The relationship between depression and risk [of dying] may be more complicated than originally thought,” she said.

Regardless, another mental health expert said depression treatment would benefit these people overall. Even if it doesn’t prolong survival, “there is good evidence that it will improve quality of life,” said Robert Carney, director of the Behavioral Medicine Center at Washington University School of Medicine in St. Louis.

After screening for depression, “if symptoms persist more than a few weeks, providing counseling or, if appropriate, psychotherapy or antidepressants for patients with clinically significant depression should be considered,” said Carney, who is also a professor of psychiatry. He wasn’t involved in the study.

The study results will be presented March 17 at the American College of Cardiology’s annual meeting, in Washington, D.C. Research released at conferences should be considered preliminary until published in peer-reviewed medical journals.

The American Heart Association eases concerns about life after a heart attack.